"OUTLAND" GETS A NEW REMAKE 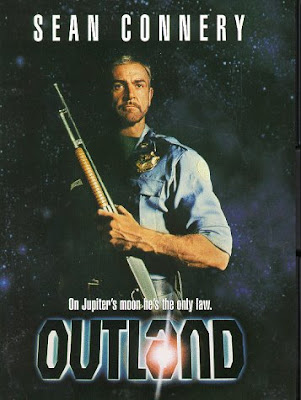 According to "Variety" Michael Davis will direct a remake of cult sf film "Outland" from 1981. Back then it was a Sean Connery film about a police marshal stationed at a remote mining colony on Jupiter's moon Io, where he comes upon a conspiracy which could destroy the whole Outland. It is something like a legendary western "High Noon" in space in which one man stands against a whole bunch of ruthless conspirators from the highest levels of society.
Sounds interesting to me, but it needs a very strong actor in the lead role.
Posted by DEZMOND at 9:21 PM