1ST 'WATERSHIP DOWN'
PHOTOS FROM BBC ADAPTATION
I don't know if you can really believe it, but we are less than two months away from Christmas! BBC always prepares traditional TV delights for festive viewing, and this year you will enjoy mini series WATERSHIP DOWN 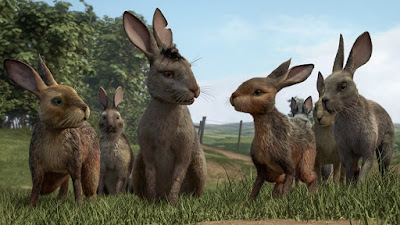 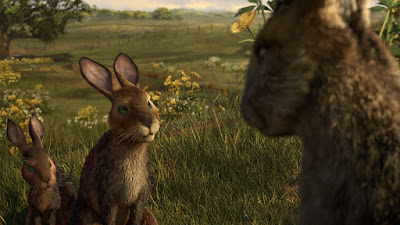 Fire by Sam Smith, which he recorded with BBC Concert Orchestra. BBC has released the first photos from the film featuring main characters Hazel (voiced 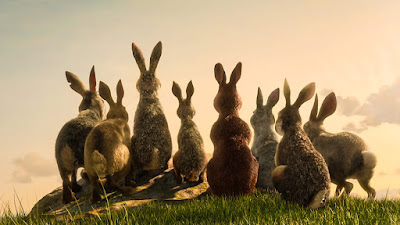 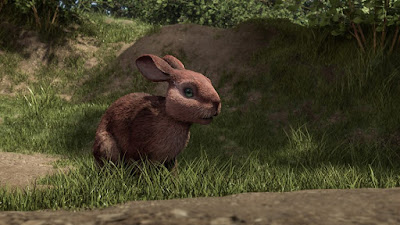 
THE STORY OF WATERSHIP DOWN
adapted for the screen by Tom Bidwell, uses Richard Adams’ bestselling novel as its source to bring an innovative interpretation to the beloved classic. 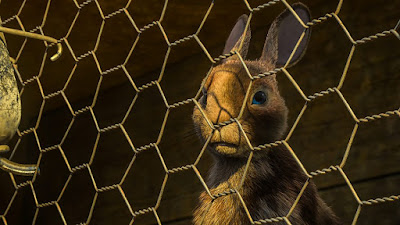 Set in the idyllic rural landscape of southern England, this tale of adventure, courage and survival follows a band of rabbits on their flight from the 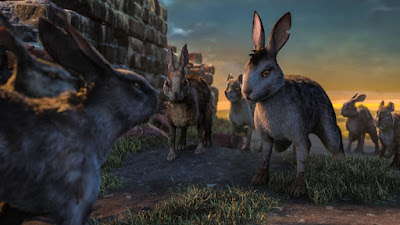 intrusion of man and the certain destruction of their home. Led by a stout-hearted pair of brothers, they journey forth from their native Sandleford 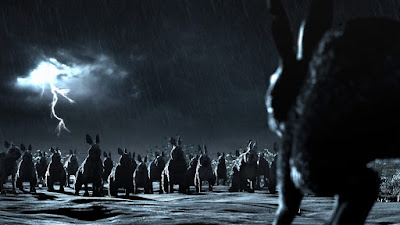 Warren through the harrowing trials posed by predators and adversaries, towards a promised land and a more perfect society.
Posted by DEZMOND at 1:30 PM