'THE EMPEROR OF PARIS'
EPIC ADVENTURE WITH VINCENT CASSEL & OLGA KURYLENKO
Since Hollywood is currently mass murdering poor little turkeys and feasting on Thanksgiving, your trusted spy is doing what he knows you love best: going fully international, or, in this case, popping over to French capital Paris! Not
the modern one, though, but the smellier, dirtier 18th century one! Earlier this spring I was, as always of course, one of the first ones to inform you that the French are preparing a lavish new period set adventure, and now we have the first trailer and magnificent character posters for THE EMPEROR OF PARIS (L'Empereur de Paris) in which our favourite French star Vincent Cassel takes the lead role, alongside always lovely and stunningly charismatic Russian star Olga Kurylenko, in the story  of François Vidocq, the legend of the underground, the only man to
successfully have escaped from the greatest penal colony in the country! Freya Mavor, Denis Menochet, August Diehl, Denis Lavant, James Thierree, Patrick Chesnais, Fabrice Luchini are also in the
international cast. Directed by Jean Francois Richet, the historical thriller should storm French cinemas December 19th and will move across Europe throughout winter and spring.


WHAT'S THE FILM ABOUT?
Under the reign of Napoleon, François Vidocq,  the only man to have escaped from the biggest prisons of the country, is a legend of the Parisian 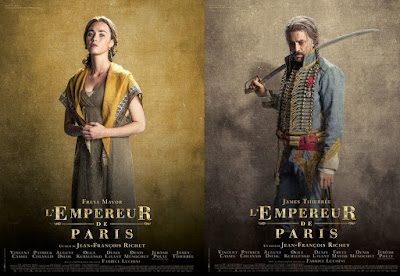 underground. Left to die after his last spectacular escape, the ex-convict tries to be forgotten in the guise of a simple trader. His past caught him, however, 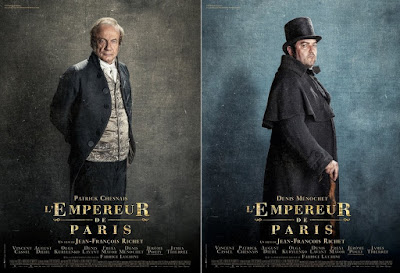 and, after being accused of a murder he did not commit, he offered a deal to the chief of security: he joined the police to fight the underworld, in exchange 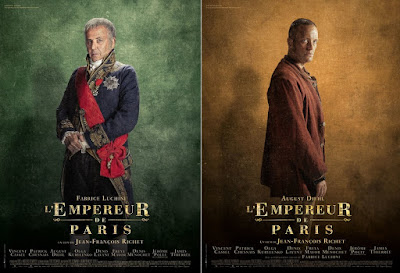 for his freedom. Despite exceptional results, it provokes the hostility of his fellow police officers and the fury of the underworld who put a price on his head ... alive or dead.