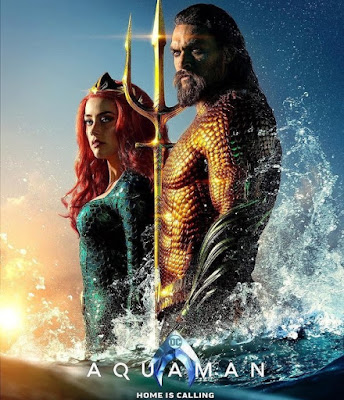 NEW 'AQUAMAN' POSTERS
THE WRATH OF THE SEVEN SEAS
You know your trusted spy doesn't do superheroes, but we do believe DC has always been profoundly superior to Marvel and this one certainly looks brilliantly entertaining and visually majestic. Today you can feast your eyes on the royal portraits of Atlantean nobles from AQUAMAN which is ready to swim into cinemas December 21st! The $160 million underwater adventure (two thirds of the film take place in the ocean) was directed by James Wan who wanted to make the movie less dark adding to it tons of romantic adventure and humour as well!

STORY OF AQUA MAN
Following the events of DC's previous all star hit movie Justice League, Arthur Curry (Jason Momoa), the reluctant ruler of the vast underwater kingdom of Atlantis, is suddenly caught in a fierce  battle between surface dwellers, that threaten his oceans, and his own people, who are ready to lash out and invade the surface.


ARTHUR CURRY HEIR OF ATLANTIS
Arthur Curry is played again by Jason Momoa for the third time, he is the heir to the underwater kingdom of Atlantis who must step forward to lead his people and to be a hero to the world just as his brother, Orm seeks to unite the
seven kingdoms against the surface world. He has the ability to manipulate the tides of the ocean, communicate with other aquatic life, swim at supersonic 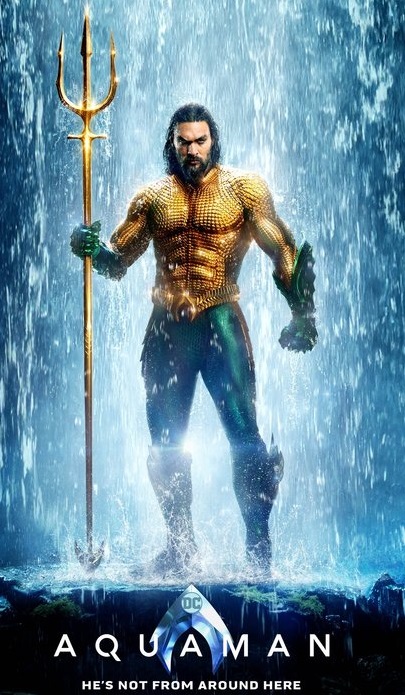 speeds, and possesses superhuman strength. Kaan Guldur portrays a 9 year old Arthur Curry, and Otis Dhanji portrays a 13 year old Arthur.
PRINCESS MERA OF XEBEL
Mera,  a warrior and daughter of the king of the Atlantean tribe of Xebel, is played by gorgeous Amber Heard. She was raised by Queen Atlanna and
groomed to become queen. Mera possesses hydrokinetic and telepathic powers that allow her to control her aquatic environment and communicate with other Atlanteans.
ORM THE OCEAN MASTER
Orm, also known as Ocean Master is played by America's best thespian Patrick Wilson.  Aquaman's Atlantean half-brother and ruler of Atlantis
seeks to unite the seven underwater kingdoms to declare war on the surface world out of belief humanity polluted the seas!


THE CITIZENS OF ATLANTIS
The movie also includes  Willem Dafoe as Nuidis Vulko, Atlantis' counsellor and Aquaman's mentor, Dolph Lundgren as King Nereus: The
king of the Atlantean tribe of Xebel and Mera's father. Yahya Abdul-Mateen II as David Kane also known as Black Manta: A ruthless treasure hunter and a high-seas mercenary with a flair for creating deadly technological
innovations. Nicole Kidman is Queen Atlanna: The Queen of Atlantis, mother of Arthur Curry and Orm. Ludi Lin portrays Murk, the Captain of the
Men-of-War, the frontline army of Atlantis, while Temuera Morrison portrays Thomas Curry: Arthur Curry's father and a lighthouse keeper! Djimon Hounsou, Natalia Safran, and Sophia Forrest play the
Fisherman King, Fisherman Queen, and the Fisherman Princess whom Orm creates alliance with as part of his plan to unite the seven kingdoms!