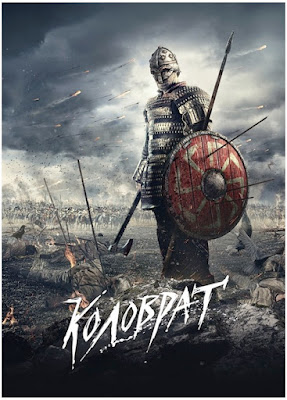 You may cheer and rejoice, my spylings, because we are journeying to brave Mother Russia today and tomorrow spotlighting some of their upcoming epic films. We start our Russian movie weekend with the new trailer and photos from their epic historical spectacle FURIOUS or LEGEND OF KOLOVRAT (Легенда о Коловрате) which should storm into cinemas sometime next April if I'm not mistaken!  Ilya Malakov, Aleksey Serebryakov and Alexandr Junior Iliin are leading the 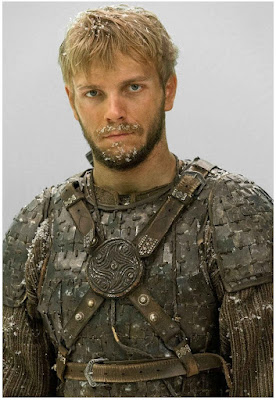 cast of the 13th century movie.


LEGEND OF KOLOVRAT
The story starts in the XIII Century. Russia is fragmented and is about to fall on its knees in front of Batu Khan of the Golden Horde. Incinerating the city of Ryazan and bathing Russian land with blood, the invaders do not meet serious resistance, and only one warrior challenges them. Young Knight Yevpaty Kolovrat gathered 1700 people from his soldiers and the survivors of the siege, and went after Batu Khan with a 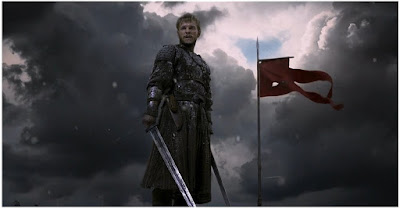 sole purpose of avenging the carnage. Kolovrat's forces suddenly attacked the rear guard of Batu Khan's army and annihilated it in a 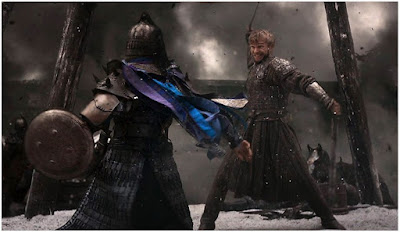 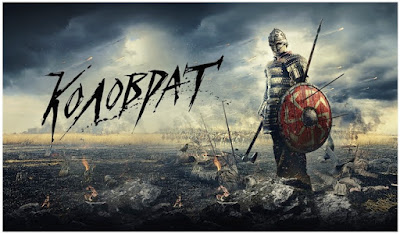 for this purpose challenged Kolovrat for a duel. A man of extraordinary strength, Kolovrat split his opponent in half with his sword, and

proceeded to kill the surrounding Mongols, splitting many of them down to the saddle. The remaining Khostovrul's soldiers retreated and killed Kolovrat from a distance using stone launchers. In a sign of respect to

Kolovrat's bravery, Batu Khan returned his body to his soldiers and let them return home his name will forever remain in the memory of the people. He was warrior who has become a legend. His was the feat that 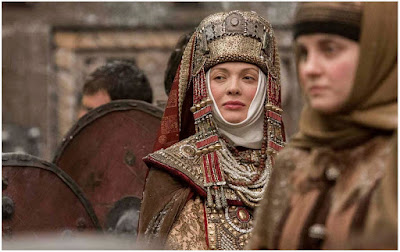 has lived on for centuries. FURIOUS is not just a story about the war against Mongols and Tatars but about a man's faithfulness and love for his birthplace.

I think you will like the one I have for tomorrow as well!

Spectacular and wonderful pictures...and the History of Russia is so interesting!

yes, especially when you click on them to view them bigger! Russia has had such a brave and heroic history indeed! Stay tuned for something other epic from Russia later today

Any romance in this flick?

It certainly does look epic! Though a bit cold. Battle must be a thousand times more worse when you have to do it in the snow!

yes, especially if you're doing it in ancient times! But Ilya seems to be doing well, even though this is, methinks, his first role!

but it is interesting that Russians always loved snow, because it eases travelling, as weird it sounds. Sleighs travel much faster and easier than wheels. Great Russian Tzarina Catherine used to travel with imperial convoys which would include up to 200 sleighs and 600 horses (which they would change at every relay station), talk about journeying imperial style :)

These images and the trailer are "Wow-a-ful!"

I saw that little bit of trivia on your Facebook today and thought that if you must travel through the cold, that really is the way to do it up right!

yes, sleighs just fly over the snow and are unexpectedly quick especially back in old times when their roads were all village roads = muddy mess

I think I'll really like both of these Russian movies. Thanks so much Dez!

you'd have such fun watching them!

Any sex too? Or just man boobs?

there might be some mediaeval action, but I'm not sure

Wow, I really must see this one! Thanks!!