PREMIUM SPOTLIGHT ON THE FIFTH AND FINAL SEASON OF BBC AND PBS EPIC SAGA POLDARK WITH AIDAN TURNER AND VINCENT REGAN! 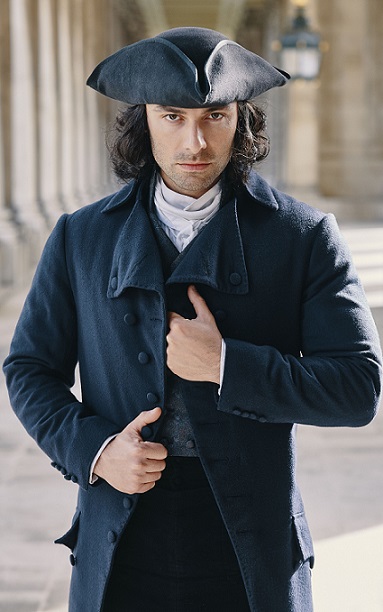 'POLDARK' SEASON 5
READY TO START NEXT SUNDAY!
It seems, people, that summer this year will be more eventful than we thought at least on the small screens, with next week bringing us sf series Pandora and Outpost and costume dramas Harlots and Poldark beside ITV's Beecham
House which is already airing! Rival BBC is ready with its POLDARK which returns with the final fifth season Sunday July 14th and today you can enjoy
the new photos which include some of the new characters as well! The series will air  September 29th at PBS too for American audience. This will be the first season not to directly follow the stories of Winston Graham's novels and
will again follow Aidan Turner as the mine owner and a politician at the  beginning of the 1800s, instead of jumping a decade and focusing on his
children like in the novels. Vincent Regan joins the series as Poldark's old army friend Colonel Ned Despard, the governor of British Honduras who
ended up in prison for giving the land away to slaves. It will be Ross' mission to get him out. Meanwhile, doctor Dwight Enys (Luke Norris) will be
treating George Warleggan (Jack Farthing) from the trauma after the loss of his wife. The slogan of the final season is - If your country betrays you, to whom do you then owe loyalty?


THE STORY OF THE FINAL SEASON
The Poldarks look forward to life together in peace, but a plea from Ross’s old Army Colonel, Ned Despard (Vincent Regan), compels him to the capital. As Demelza (Eleanor Tomlinson) manages their affairs in Cornwall she
encounters disenchantment and a new opponent, Tess (Sofia Oxenham). George (Jack Farthing) meanwhile struggles to engage with the world after Elizabeth’s death and it falls to Cary (Pip Torrens) to expand the family
empire - as Valentine (Woody Norman) struggles to find his place within it. Arriving in London, Ross (Aidan Turner) finds a city gripped with paranoia,
and is determined to save Ned from the conspiracy that imprisoned him. George enters into an alliance with the merchant behind Ned’s imprisonment,
Ralph Hanson (Peter Sullivan), whose business is in upholding the slave trade. Meanwhile, Geoffrey Charles (Freddie Wise) decides to follow in
Ross’s footsteps and enter the military - but also finds himself drawn to Cecily Hanson (Lily Dodsworth Evans), Ralph’s daughter. As George’s grief leads
the Warleggans into uncharted and worrying territory, Ross discovers a grave plot and is urged to heroism, while Demelza is forced into action herself back at home.