'STAR TREK: PICARD'
NEW TRAILER ENGAGED!
Comic Con in San Diego was really spectacular last night when it comes to the science fiction genre bringing us three amazing new trailers for sf series. Amazon has finally released the first real trailer for STAR TREK: PICARD
series which will air sometime later this year on Amazon Prime (and on CBS All Access for those who care to give the streaming service their money). Not much is known about the plot of the new spin off from the Star Trek franchise, other that it will see Patrick Stewart playing famous Enterprise captain in his older years, breaking his retirement (which he enjoyed producing vine and playing with his new dog) and going on a new interstellar adventure. What we do know now is that, much to the joy of Star Trek fans, his old Enterprise crew members
Deanna Troi (Martina Sirtis),  Data (Brent Spiner) and Commander Ryker (Jonathan Frakes who is also directing some of the episodes) will all appear in the series together with Jerry Ryan's Seven of Nine! Santiago
Cabrera and Harry Treadaway will lead the new cast. The more contemplative series will have one storyline, not episodic plots.


'SNOWPIERCER' TRAILER
FOR THE NEW TV SERIES VERSION
Meanwhile, TBS released a trailer and first photos for what they are hoping will become their own tentpole sf series, post apocalyptic drama SNOWPIERCER based on the cult sf film with Chris Evans, but this time, at 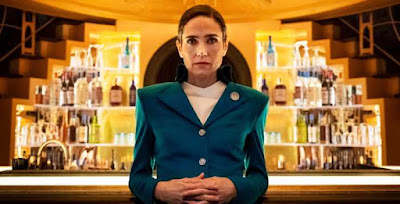 least judging by the trailer, on a much grander scale. Jennifer Connelly (as the head of hospitality who is also the voice of the train), Daveed Diggs (as an ex detective who gets the task to track a killer in the train), Alison 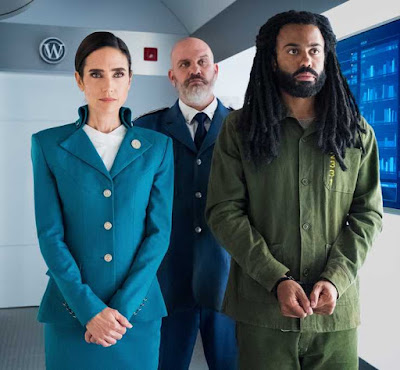 Wright, Lena Hall, Mickey Sumner, and Steven Ogg will lead the show in which the only living inhabitants of Earth live in a constantly moving massive train as the temperature outside is well bellow minus 100 degrees Celsius! It will air on TBS next spring set more than seven years after the 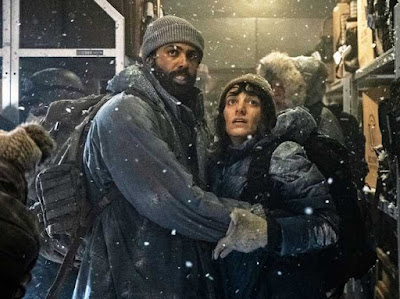 world has become a frozen wasteland, and following the remnants of humanity, who inhabit a gigantic, perpetually moving train that circles the globe. Class warfare, social injustice and the politics of survival play out in this riveting television adaptation.


'WESTWORLD' TRAILER
FOR SPECTACULAR SEASON 3
HBO has released a stunning trailer for the third season of their utopian drama WESTWORLD which will obviously be much more dynamic, spectacular and action packed than the slow moving, overly complex second
season which disappointed the fans.  Evan Rachel Wood, Thandie Newton (who will obviously wreck some chaos in a WW2 setting as well), Rodrigo Santoro, Ed Harris, Jeffrey Wright (whose Bernard will have a new image), Luke Hemsworth, and Tessa Thompson all return alongside
new cast members Aaron Paul (he will play a construction worker from Los Angeles with a robot co-worker named George who meets the vengeful fugitive host Dolores) and Vincent Cassel in the season that will see androids conquering the outside world as well.