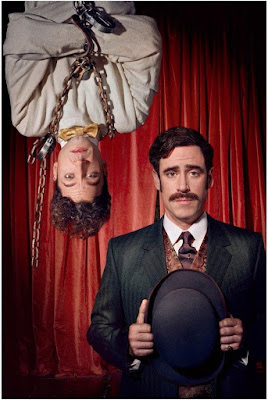 When winter ends in couple of months one of the first of the brand new period set television series to arrive to us with Spring will be HOUDINI & DOYLE with Michael Weston and Stephen Mangan in the titular roles. The historical crime series will air on ITV Encore in The United Kingdom, at Fox in the United States and also on Shaw Media in Canada, connecting the greatest magician of all times with the legendary creator of Sherlock Holmes! The show itself is based on their real life friendship, which was very unlikely to begin with given that 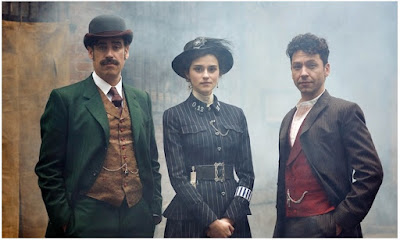 Houdini was a debunker of mediums and psychics, while Doyle was an ardent spiritualist!

Scotland Yard in Edwardian England to investigate unsolved and inexplicable crimes with a supernatural slant. You will watch them teaming up in 1901 London at the behest of Constable Adelaide Stratton

(Rebecca Liddiard), a somewhat fictionalized take on a little-known historical figure, to investigate crimes that might or might not have a supernatural component.

In the ten episode series, the two of the great characters of the 20th century, Houdini, master magician, escape artist and paranormal debunker, and Doyle, creator of the world’s greatest detective and a paranormal aficionado, grudgingly join forces to investigate crimes with 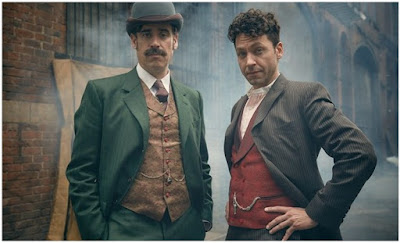 a supernatural slant. Although they’re both rich, famous and brilliant, they’re the original odd couple, with Houdini believing in nothing, Doyle in everything. Emily Carey will appear as Mary Conan Doyle!