Beside the news that David Bowie's LABYRINTH is getting a reboot and that McG might direct new MASTERS OF THE UNIVERSE, other news comes from the TV world! FRIENDS' David Scwimmer and movie star Jim Sturgess will lead new AMC's series FEED THE BEAST!
Based on Danish series BANKEROT, the ten episode series will see the two of them playing best friends, Tommy Moran (David Schwimmer), and Dion Patras (Jim Sturgess), who take one last shot at their dream of opening a restaurant. They push each other, welcome love into their lives and overcome their demons. They also betray, backstab, manipulate and coerce each other into the most dangerous situations imaginable!


'STILL STAR CROSSED'
GETS PILOT ORDER BY ABC
Meanwhile, a project I've announced last year has been officially ordered for a pilot by ABC! Shondaland and ABC will try to turn 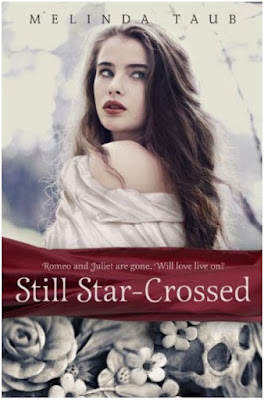 Melinda Taub's bestselling book STILL STAR CROSSED into potential TV series. As a sort of a Romeo and Juliet sequel and set in 16th century Verona, it picks up where Shakespeare’s story left off, charting the treachery, palace intrigue and ill-fated romances of the Montagues and Capulets in the wake of the young lovers’ tragic fate. In the book, to end the family feud, Prince Escalus orders the most eligible Montague bachelor, Benvolio, Romeo’s best friend, to marry Juliet’s older cousin, Capulet maid Rosaline, the girl Romeo first loved. 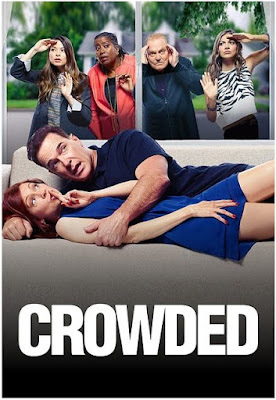 multicamera sitcom GOOD FORTUNE an ensemble comedy that focuses on a hyper structured young woman whose life is upended when she starts taking advice from a mysterious fortune teller. CROWDED is also a multicamera sitcom: After 20 years of parenting, empty nesters Mike (Patrick Warburton) and Martina (Carrie Preston) are finally reclaiming their wild side. Yet when both of their two grown daughters unexpectedly move back in, and Mike’s parents scratch their plans to spend their golden years in Florida, their roost is full again. 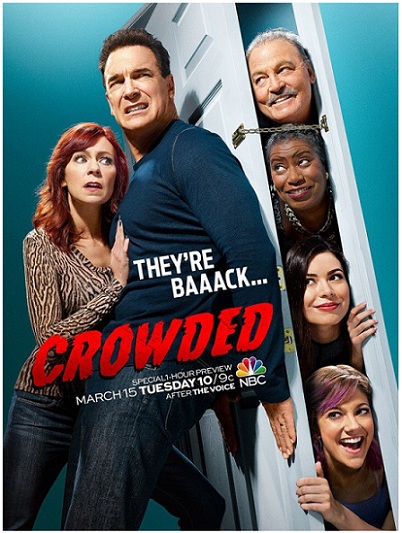 From executive producer Sean Hayes, this new (and very timely) family comedy proves that life is crazy with a full house, especially the second time around.
Posted by DEZMOND at 7:04 PM