I'm sure you've already heard it by now since it's been the movie news of the day: Emma Stone will lead Disney's live action CRUELLA movie! She will play the legendary villain in the new story on the famous Cruella De Vil from 101 DALMATIANS who was previously played by Glenn Close which means this rendition would see her much younger, kinda like Angelina Jolie was in MALEFICENT which means it will be an origin story!
As I've informed you before, beside MALEFICENT, SNOWWHITE and CINDERELLA which already have their new versions, JUNGLE BOOK, DUMBO, MULAN and TINKERBELL are also getting new live action versions. PETE'S DRAGON and BEAUTY AND THE BEAST are already done.


'THE CROWN' EPIC SERIES
GETS FIRST LAVISH TRAILER
But your main treat for today is the lavish and expensively looking (should be, since the budget is astonishing 100$ million) first trailer for Netflix new ten part historical series THE CROWN depicting the early 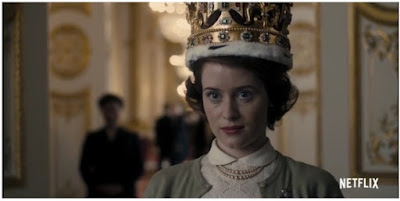 years of British queen Elizabeth II (Claire Foy) and her ascension on the throne. As you can see from the trailer the big focus will be on her 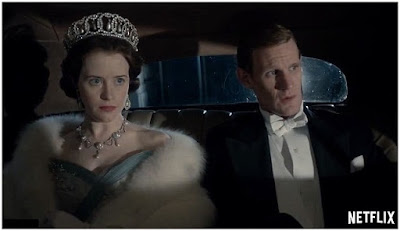 marriage to war commander Philip Mountbatten - played by Matt Smith. Set in the aftermath of World War II, the series will also describe her disagreements with Winston Churchill (John Lithgow). 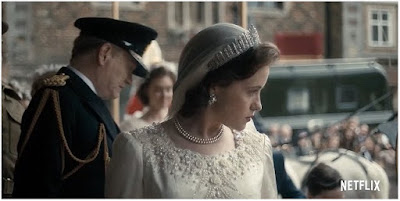 The series creator is Peter Morgan who won an Oscar for THE QUEEN with Helen Mirren. Brilliant Stephen Daldry (THE READER, BILLY ELLIOTT) is directing.
Posted by DEZMOND at 7:50 PM