'CONQUISTADOR' MINI SERIES
ON INFAMOUS HERNAN CORTES
Epic news people! Overbrook Entertainment and Motor (they did Knightfall) have bought TV series rights on best selling book
CONQUISTADOR Hernan Cortes, King Montezuma, and the Last Stand of the Aztecs by Buddy Levy with intention to turn it into mini series. It brings the tragic tale of conquest and defeat, of colonization and resistance, of empires won and civilizations lost and of the violent confluence of two empires previously unknown to each other. It’s the epic account of Hernan Cortes, one of the greatest conquerors history has ever known, and Montezuma, the complex leader of the ancient civilization that he would oppose. Their stories culminate in the cataclysmic battle that would be the end of one world and the making of a new one. 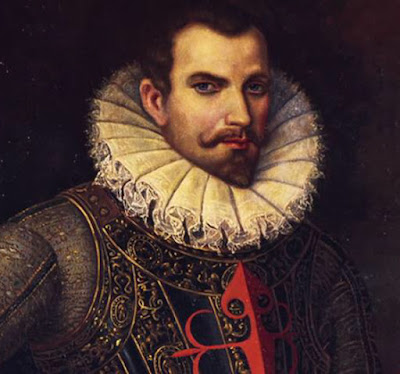 SIMILAR ANNOUNCED PROJECTS
The spy has informed you that Spielberg is preparing CORTES series with Javier Bardem for Amazon, and that  Roland Emmerich is preparing a movie MAYA LORD set at about the same time.


'FORDLANDIA' SERIES
WERNER HERZOG TO DIRECT AMAZON JUNGLE 1920'S SHOW
Another book to be turned into a possible TV series is Greg Grandin's FORDLANDIA to be directed by famous Werner Herzog and written by Oscar nominee Christopher Wilkinson. The book, which almost won Pulitzer Prize back in 2010, tells the extraordinary true story of the richest man in the world in the 1920s, Henry Ford, and his attempt to re-create small town America deep in the heart of the Amazon jungle. This won't be the first Amazonian adventure project for Herzog, as he already directed Amazon set Fitzcaraldo back in the eighties!
Posted by DEZMOND at 1:30 PM