NEW 'AQUAMAN' PHOTO
ALL BOW! THE ROYALS OF ATLANTIS HAVE ARRIVED!
While we're waiting for the first trailer to arrive any time now, Entertain-ment Weekly has exclusively published the first photo from DC's super hero under water adventure AQUAMAN featuring its lead stars Jason Momoa (as Arthur Curry who learns that he is the heir to the underwater kingdom of Atlantis, and must step forward to lead his people and to be a hero to the world) Amber Heard as his love queen Mera and Nicole Kidman as his mom Queen
Atlanna! Patrick Wilson as his evil brother Orm or Ocean Master , Dolph Lundgren as King Nereus who wants Mera as his own queen and Willem

Dafoe as Nuidis Vulko, who is the head of Atlantean Science Centre and chief scientific adviser of Atlantis, also star.


'ALPHA' TRAILER ARRIVES
FROM 20,000 YEARS AGO!
A new poster and the second trailer have been released for Ice Age set epic adventure ALPHA which is finally arriving into cinemas August 24th after a long delay. You probably remember that the first trailer was released exactly a year ago!

THE STORY OF ALPHA
sees Kodi Smit McPhee playing a young man, from 20,000 years ago, thought dead by his clan after he falls into a crevice during a bison hunt who embarks on a desperate journey to find his way home during which he finds an 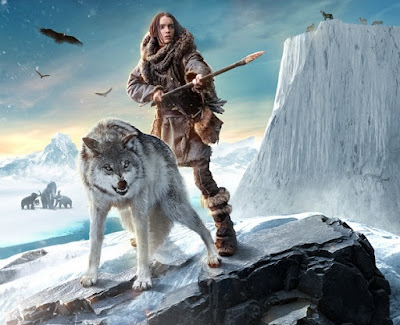 unlikely ally in a fierce but injured and abandoned wolf. Gorgeous actresses Natassia Malthe and Leonor Varela also star in the Albert Hughes 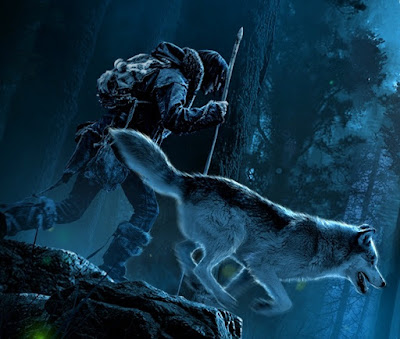 directed and written movie which was previously also known as Solutrean. Check out the gorgeous new posters for the movie and also the ultra exciting trailer below!