'LOOK AWAY' POSTER
FOR MATTHEW BRODERICK, AIDAN TURNER, CHLOE SEVIGNY MOVIE
Not much to show you today, spylings, just two new posters. The first one has been published for LOOK AWAY drama starring Poldark's Aidan Turner, Benjamin Walker, Matthew Broderick, Chloe Sevigny, which should be out sometime this year.
LOOK AWAY is a funny and irresistible story of a young girl who literally cannot see or hear her mother, even though she is living with her under the same roof. With the help of an eccentric psychiatrist, and a local, accidental hero, our heroine has to grow up, but falls in love and eventually takes hold of her future - despite not being able to see what's right in front of her. 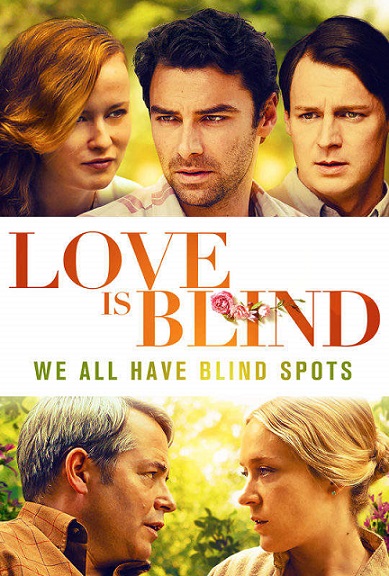 'LITTLE STRANGER' POSTER
FOR DOMHNALL GLEESON AND CHARLOTE RAMPLING DRAMA
Two weeks ago I showed you the first poster and trailer, and now we have the second poster for  THE LITTLE STRANGER which is out in cinemas this
August and September starring Domhnall Gleeson, Charlotte Rampling, Will Poulter and Ruth Wilson.
THE LITTLE STRANGER tells the story of Dr Faraday, the son of a housemaid, who has built a life of quiet respectability as a country doctor. During the long hot summer of 1947, he is called to a patient at Hundreds Hall, where his mother once worked. The Hall has been home to the Ayres family for more than two centuries. But it is now in decline and its inhabitants - mother, son and daughter - are haunted by something more ominous than a dying way of life. When he takes on his new patient, Faraday has no idea how closely, and how terrifyingly, the family's story is about to become entwined with his own.