'MORTAL ENGINES'
FIRST TRAILER IS FINALLY OUT!
It is definitely this year's most anticipated movie! Earlier last winter I showed you the teaser for Peter Jackson's MORTAL ENGINES and now we finally
have the exciting trailer and poster for the fantasy extravaganza which will tumble into cinemas around the world December 14th ahead of Christmas Holidays! As you know the movie is the big screen adaptation of Philip Reeve's super popular novel saga which is finally getting its film version.


MORTAL ENGINES has the story set thousands of years after civilization was destroyed by a cataclysmic event, and humankind has adapted and a new way of living. Gigantic moving cities now roam the Earth, ruthlessly preying upon smaller traction towns on which they feed upon as they need the supplies and metal to keep on moving. Tom Natsworthy (Robert Sheehan), who hails from a Lower Tier of the great traction city of
London, finds himself fighting for his own survival after he encounters the dangerous fugitive Hester Shaw (Hera Hilmar). Two opposites, whose paths should never have crossed, forge an unlikely alliance that is destined to change the course of the future.
WHO IS IN THE CAST? 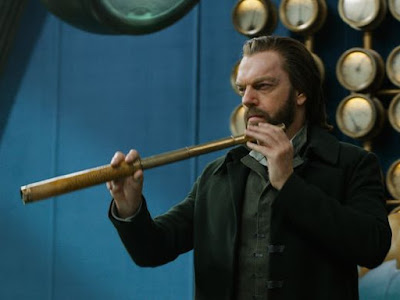 The main villain is Hugo Weaving who plays Thaddeus Valentine, London's chief historian and explorer who actually hides a dark secret: he is looking for a deadly weapon that would give London power upon all other cities. 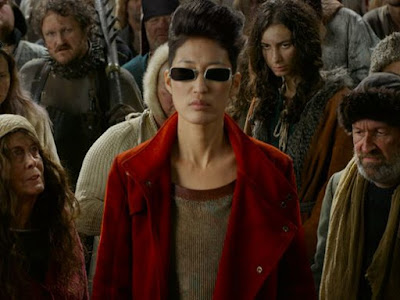 Coming to rescue Tom and Hester after they fall out of London is Jihae as Anna Fang (above) who will take them with her flying ship to Airhaven, a city 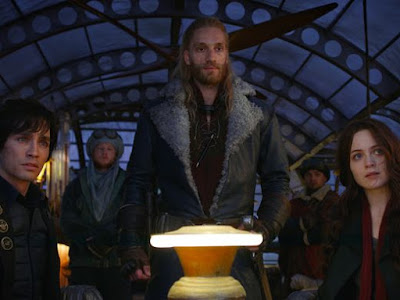 floating above clouds. Leifur Sigurdarson (above) plays another flying captain Nils Lindstrom who also helps them. 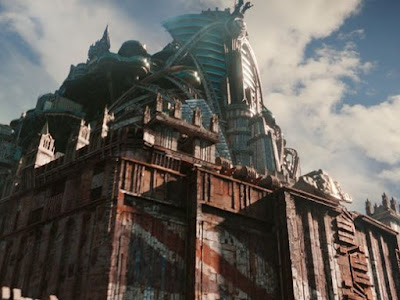