'THE OSIRIS CHILD' TRAILER
DANIEL MACPHERSON AND KELLAN LUTZ IN SF EPIC ACTION
Extreme science fiction extravaganza for you today, some stunningly spectacular, some insanely hilarious so pick your choice :) First up, the first, absolutely gorgeous and surprisingly 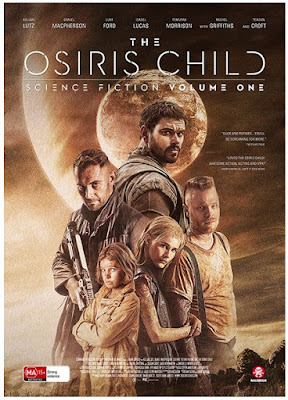 expensive looking trailer for new science fiction adventure THE OSIRIS CHILD which has its cast lead by our favourite Australian hunks Kellan Lutz and Shannara's Daniel MacPherson alongside Rachel Griffiths and Isabel Lucas!
Currently playing in Australia THE OSIRIS CHILD is set in a time of interplanetary colonization, following Sy Lombrok (Kellan Lutz), a former nurse who is now a drifter with a haunted past and who forms an unlikely alliance with Kane Sommerville (Daniel MacPherson), a lieutenant who works for off-world military contractor 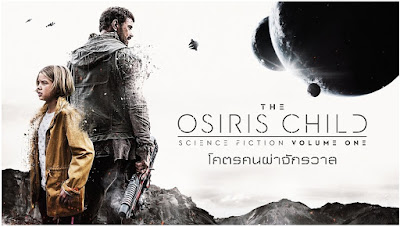 Exor. In a race against time they set out to rescue Kane's young daughter Indi (Teagan Croft) amid an impending global crisis precipitated by Exor.


'IRON SKY 2: THE COMING RACE'
HAS HITLER RIDING DINOSAURS
If you're more in a mood for sf laughs than sf action, there will be eruption of those in the insane IRON SKY 2 a delightfully bizarre sequel to the 2012 unexpected mega hit from Finland 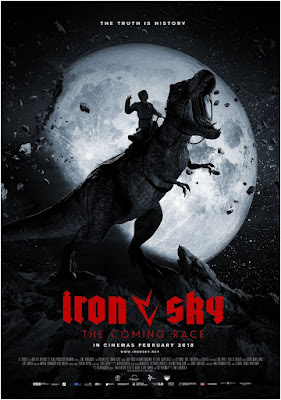 which had Nazis hiding in space. Now they apparently command an army of dinosaurs! The trailer below is as gorgeous as it is ridiculous and be sure not to miss the final scene because it will leave you in stitches :)
IRON SKY: THE COMING RACE hits theatres next February set twenty years after the events of Iron Sky, when the former Nazi Moonbase has become the last refuge of mankind. Earth was devastated by a nuclear war but buried deep under the wasteland lies a power that could save the last of humanity, or destroy it once and for all. The truth behind the creation of mankind will be revealed when

an old enemy leads our heroes on an adventure into the Hollow Earth. To save humanity they must fight the Vril, an ancient shapeshifting reptilian race, and their army of dinosaurs!