'ELECTRIC DREAMS' SF SERIES
RICHARD MADDEN AND HOLLIDAY GRAINGER JOIN THE CAST
Rejoice, people! Two of our most favourite youngsters Richard Madden and Holliday Grainger will work together again and I think it will be their fifth time! They will star in The Hood

Maker episode of ELECTRIC DREAMS anthology series in which each of the ten episodes will be done by a different director and cast adapting one of the stories from Philip K. Dick's sf opus. As I've informed you before some of the other episodes of the Channel 4 and Amazon series will star Timothy Spall, Greg Kinnear, Jack Reynor, Terrence Howard, Bryan Cranston!
THE HOOD MAKER is set in a world without advanced technology where mutant telepaths have become humanity's only mechanism for long distance communication. Their powers have unintended implications and when the public begins to embrace mysterious telepath blocking hoods, two detectives with an entangled past are brought in to investigate. 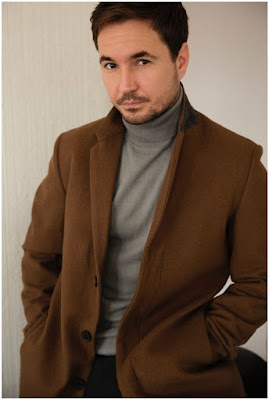 In television news, still staying over in Britain, the second season of the hugely popular ITV series VICTORIA set to come back this Autumn with eight episodes plus a two hour Christmas special, has just added Martin Compston, Bruno Wolkowitch,  Emerald Fennell, Jo Stone-Fewings, Leo Suter and Michael Maloney to the cast with previously announced Diana Rigg! They will all join the second season which sees the Queen (Jenna Coleman) facing motherhood. She is now a working mother, trying to balance her responsibilities but with Prince Albert (Tom Hughes) still struggling to find a role for himself, 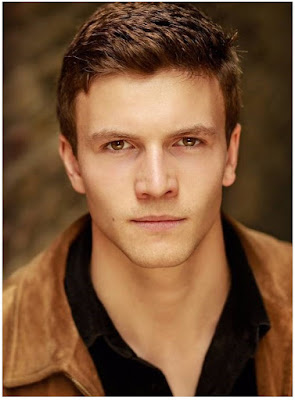 there is an inevitable power struggle between husband and wife.
Martin Compston will be playing Dr Robert Traill, a key campaigner in the petition to gain awareness and support for those suffering from the potato famine in Ireland during the 1840s. French actor Bruno Wolkowitch will star as French King Louis Philippe, who Queen Victoria visits on her first outing to France. Nigel Lindsay returns as Sir Robert Peel, Alex Jennings as King Leopold, Peter Bowles as Duke of Wellington, David Oakes as Prince Ernest, Daniela Holtz as Baroness Lehzen and Catherine Flemming as the Duchess of Kent.

Brits in our last piece of news today as well: as 'Deadline' reports acting legend Ian McKellen and Gabriel Byrne will star in HAMLET REVENANT the latest big screen adaptation of Shakespeare's famous plays on the tragic Danish prince. Connie Nielsen and Lambert Wilson will also join them in the Ken McMullen directed film together with Medici star Lex Shrapnel!
HAMLET REVENANT follows a character caught amidst treasonous political upheavals, family crisis, sexual tensions and ambiguous friendships: a vortex of revenge, doubt and madness out of which no main character escapes. It brings to the surface the violence and destructive instincts that haunt the human psyche!