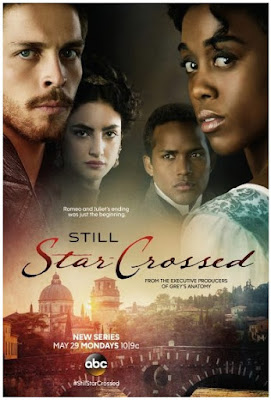 I have a very distinct feeling ABC will cancel this one around or before its fifth episode, but some of you might still give STILL STAR CROSSED, the small screen adaptation of Melinda Taub's novel, a go when it starts airing at ABC this late spring, Monday, May 29th! The mini series picks up where the famous story of Romeo and Juliet ends, charting the treachery, fight for power and ill-fated romances of the Montagues and Capulets in the wake of the young lovers’ tragic fate. 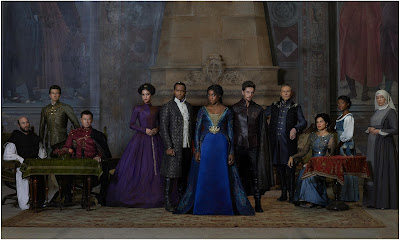 AFTER THE LOVERS' DEATH
In the wake of Romeo and Juliet’s tragic deaths, the Montague and Capulet rivalry escalates. A new royal takes the throne and struggles to determine what is best for his city when Verona becomes an epicentre of mayhem. 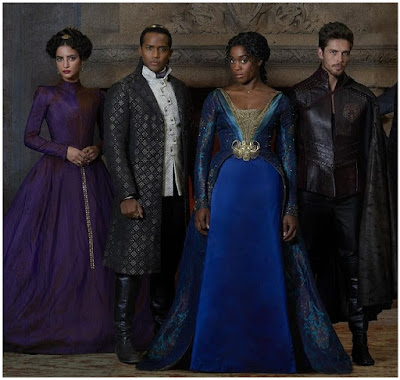 Following the death of her cousin Juliet, Rosaline Capulet (Lashana Lynch) finds herself in the middle of a political play to try and save Verona. She will prove she’s a force to be reckoned with especially when

it comes to her destiny and must make tough decisions regarding her loyalty to the Capulet name. Rosaline’s sister, Livia Capulet (Ebonee

Noel), is a hopeless romantic who dreams of a marriage to provide her with a life she’s always wanted, but her yearning for love makes her an easy target, and she gets drawn into a sordid secret unbeknownst to her.

Romeo’s death thrusts his cousin, Benvolio Montague (Wade Briggs), into a position of responsibility as he becomes the sole heir to the Montague name and must abide by a sinister plan to solidify his

family’s prominence. A newly crowned Prince Escalus (Sterling Sulieman) is determined to end the bloodshed between the Montagues and Capulets, but his only solution forces him to decide between following his heart or protecting his kingdom. Eager to help her brother

rule Verona, Princess Isabella (Medalion Rahimi) finds herself drawn to the throne, but quickly realizes that obtaining power as a woman will require succumbing to a twisted scheme.
Lord Capulet (Anthony Head) is the patriarch of the Capulet dynasty and is willing to maintain the legacy of his family’s name at any cost. Lady Capulet (Zuleikha Robinson) may want the same as

her husband, but a mystery behind her true ambitions will slowly come to light. The Montagues are on the precipice of matching the Capulets social status, but Romeo’s death threatens to stall their ascent. Angered

by grief and the loss of his son, Lord Montague (Grant Bowler) will stop at nothing to ensure the Montagues are the most respected family in Verona.
The sparring families aren’t the only one’s affected by Romeo and Juliet’s tragic fate. The keeper of Verona’s darkest confessions, Friar

Lawrence (Dan Hildebrand), feels a deep responsibility for their deaths, along with the Capulet’s lifelong caretaker, the Nurse (Susan Wooldridge). She holds many secrets of her own including the fact

that she is tending to Count Paris (Torrance Coombs), who was supposed to wed Juliet but was left for dead after a brutal fight with Romeo.