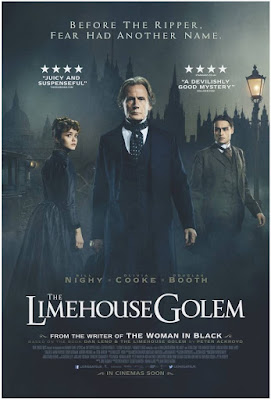 scheduled for UK release in September. Directed by Juan Carlos Medina it has a very British cast lead by Bill Nighy alongside Olivia Cooke and young British hunks Douglas Booth and Sam Reid! Daniel Mays, Eddie Marsan and Adam Brown also star in the movie about a series of murders that has shaken the community to the point where people believe that only a legendary creature from dark times - the mythical so-called Golem - must be responsible.
Bill Nighy took the lead role from Alan Rickman who had to leave the project before he died from cancer. 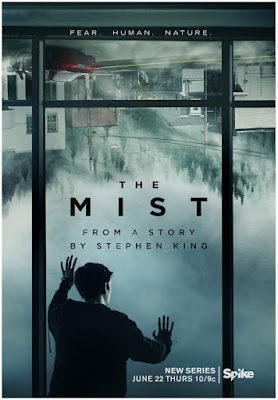 Another mystery, an even scarier one, but set in modern days can be seen in the super scary new  trailer for Spike TV's new horror series THE MIST which premiers June 22nd! Based on a story by Stephen King, it centres around a small town family that is torn apart by a brutal crime. As they deal with the fallout an eerie mist rolls in, suddenly cutting them off from the rest of the world, and in some cases, each other. Family, friends and adversaries become strange bedfellows, battling the mysterious mist and its threats, fighting to maintain morality and sanity as the rules of society break down.