HOLLYWOOD SPY'S MEGA MASSIVE SPOTLIGHT ON ALL THE PERIOD SET AND EPIC TV SHOWS ARRIVING TO THE SMALL SCREENS IN 2021!

2021 EPIC TV SHOWS
EPIC FANTASY, IMPERIAL RUSSIA, ROMANS AND VIKINGS
Another year has just started and the spy is here with the list of all the period set and epic shows we might get the chance to watch in 2021. With BBC and ITV in production hiatus, the genre will look rather bleak. Some 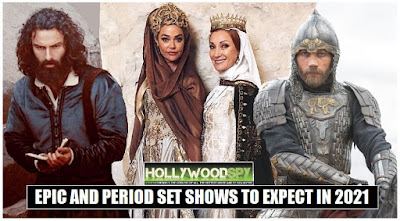 shows I haven't included in the list (Lord of the Rings, Cowboy Bebop) as I don't believe we will get to see them this year, and even the new seasons of Witcher and Last Kingdom could be delayed. We will probably get second season of All Creatures Great and Small and third season of Lost in Space.
VALHALLA AT NETFLIX
Netflix' sequel to Vikings, might get delayed till 2022, but if we get it this year it will be late winter, methinks. Created by Tudors' and Vikings' Michael Hirst, it will be set over 100 years after the events of Vikings: the end of the Viking age draws ever closer as the Kingdom of England stands tall against its Scandinavian raiders. Historical figures such as Leif Eriksson, Freydis Eriksdottir, Harald Hardrada, and William the Conqueror, will all appear. Netflix hasn't revealed the cast, but the hottest gossip of the year is that David Oakes will star, and so will Kenneth Christensen, Johannes Haukur Johannesson, Bill Murphy, Alan Devine, Gavin O’Connor, Jack Mullarkey, Ethan Dillon and Frida Gustavsson!
THE NORTH WATER AT BBC
Is the last of all the series ordered three years ago to finally arrive to the small screens. It tells the story of Patrick Sumner (Jack O'Connell), a disgraced ex-army surgeon who signs up as ship's doctor on a whaling 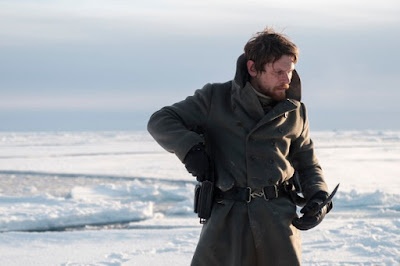 expedition to the Arctic. On board he meets Henry Drax (Colin Farrell), the harpooner, a brutish killer whose amorality has been shaped to fit the harshness of his world. In search of redemption, his story becomes a harsh struggle for survival in the Arctic wasteland.
THE CATHEDRAL FROM RUSSIA
One of the series that is coming from Russia this year is The Cathedral set in the time when Peter the Great was building up and reforming the Russian 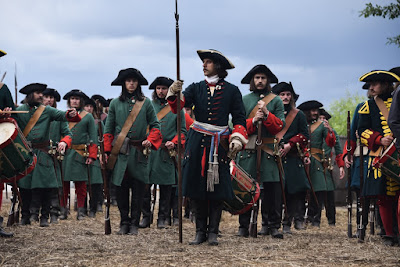 empire. Set in the 1700s, the epic saga will follow Sergey Marin as young serf Ivan Starshov who wants to build a cathedral in Sankt Peterburg to impress his love Maria, the daughter of his master. Maksim Averin plays the tzar himself.
THE NEVERS AT HBO
Although scandalous Joss Whedon has been kicked out of the producer's seat this winter, this one is coming to us this summer starring Tom Riley, Ben Chaplin, James Norton, Olivia Williams, Eleanor 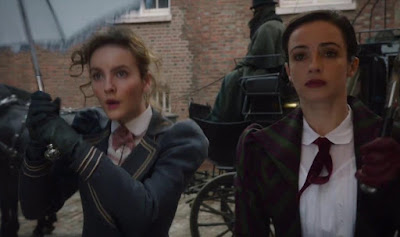 Tomlinson, Laura Donnelly, Nick Frost in an epic tale following a gang of Victorian women who find themselves with unusual abilities, relentless enemies, and a mission that might change the world.
AROUND THE WORLD IN 80 DAYS
A new, wokeish take on the famous adventure will air this year on BBC, HBO, RAI and ZDF starring David Tennant as  gentleman adventurer 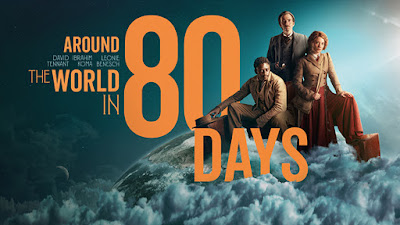 Phileas Fogg who sets out on a quest to travel around the world and back home in a period of 80 days. Based on Jules Verne's popular book, it will have eight episodes.
BECOMING ELIZABETH AT STARZ
After their atrocious take on Catherine of Aragon in Spanish Princess, Starz is doing a series on her daughter's rival Elizabeth I but in her young 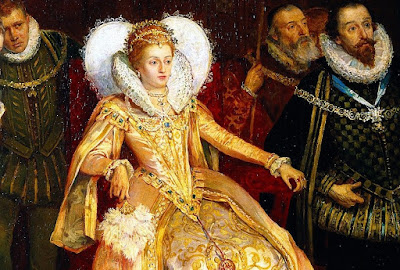 age. Alicia von Rittberg has been cast as Elizabeth Tudor, an orphaned teenager who becomes embroiled in the political and sexual politics of the English court on her journey to secure the crown. It is possible this one will arrive in spring next year not in 2021. 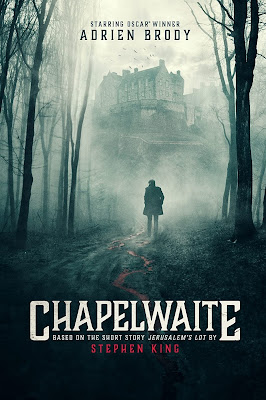 STEPHEN KING'S CHAPEL WAITE AT EPIX
I'm not sure what is the status of this one, based on Stephen King's fan popular Jerusalem's Lot. In this Gothic horror costume drama which should air sometime this year on Epix in USA, Adrien Brody plays Captain Charles Boone who relocates his family of three children to his ancestral home in the small, seemingly sleepy town of Preacher's Corners, Maine after his wife dies at sea. The cast also includes Emily Hampshire who stars as the nanny of the family.
WHEEL OF TIME AT AMAZON
I'm also not sure if the small screen adaptation of  Robert Jordan's famous epic saga will arrive this year as it has been announced. It is set in a rich fantasy world where magic exists, but only certain women are allowed to 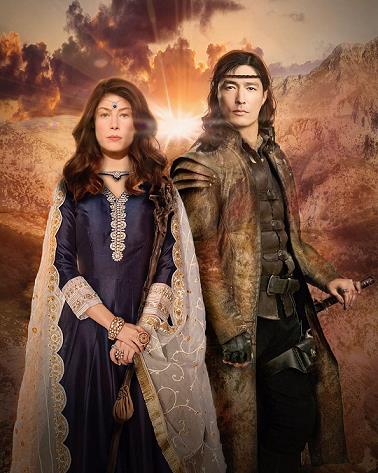 access it. Moiraine (Rosamund Pike) is a member of an incredibly powerful all-female organization, and the story follows her as she embarks on a dangerous, world spanning journey. She is joined by five young men and women, one of whom is prophesied to be the Dragon Reborn (Josha Stradowski), who will either save or destroy humanity.
FOUNDATION AT APPLE TV
Apple TV is bringing is this epic fantasy adaptation of award winning novel by Isaac Asimov. It will be a complex ten episode saga of humans scattered on planets throughout the galaxy all living under the rule of the 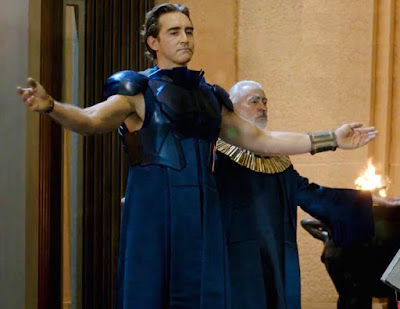 Galactic Empire ruled by Lee Pace as the emperor. Jared Harris also stars in the story which follows a band of exiles on their monumental journey to save humanity and rebuild civilization after the fall of the Galactic Empire.
GERMINAL FROM FRANCE
France 2 is, meanwhile, bringing us an epic small screen adaptation of Zola's famous novel. Louis Peres stars as our late 19th century hero Etienne Lantier, a miner in love with a young woman courted by a brutal worker, who 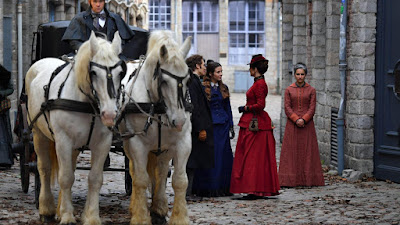 will push his comrades to strike when the mining company lowers wages. Alix Poisson, Guillaume de Tonquédec, Sami Bouajila and Thierry Godard also star in the six episode series that will also air on Italian RAI.
MAYA AND THE THREE
Now this one will be an animated mini series, but it is epic in genre. Netflix is preparing this nine episode adventure about a demigod warrior 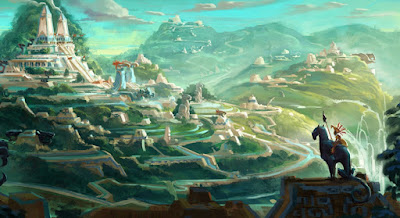 princess who embarks on a quest to recruit three legendary fighters to help save the world of men and gods. Creator Jorge Gutierrez calls the English language series a Mexican, funny Lord of the Rings!
DOMINA AT SKY
Your Spy's personal favourite this year, eight episode historical saga on Ancient Roman empress Livia Drusilla (Kasia Smutniak), who after many hardships becomes the most powerful woman in the world, will have tons of 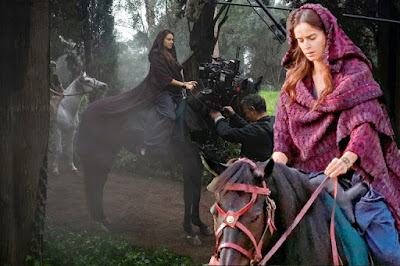 our dearest period set series stars starring in it from Matthew McNulty and Ben Batt to Liam Cunningham, Bart Edwards, Tom Forbes and Lex Shrapnel next to Isabella Rossellini and Claire Forlani!
VOSKRESENSKIY FROM RUSSIA
I've already introduced you to this one a few weeks ago. Coming to Russia 1 in eight episodes with actor Yuri Kolokolnikov transforming into a talented

pre WW1 detective doctor to help the police solve intricate murder cases. Episode by episode, he will prove that real murderers are behind the crimes, and not otherworldly forces and mysticism, as it might seem at first glance.
SHADOW AND BONE AT NETFLIX
Will be another small screen adaptation of a popular epic saga, this time from Leigh Bardugo. Eight episodes of this epic series will be set in a Russia

inspired magical land following a young woman with newfound powers who tries to save her land from a powerful, evil force. Ben Barnes is the most famous name starring in this fantasy series scheduled to hit the streamer later this April!
GLOW AND DARKNESS
I'm not sure if we will get to see this one as it still hasn't opened international sales, but this lavish saga is envisioned as a three season series which tells the intertwined stories of characters such as Saladin, Emperor 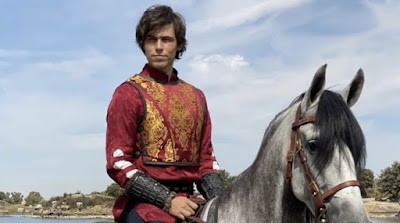 Barbarossa, Richard the Lionheart, Philip Augustus, Francis of Assisi and Eleanor of Aquitaine, among others. It is the time of the burghs, the fairs, the 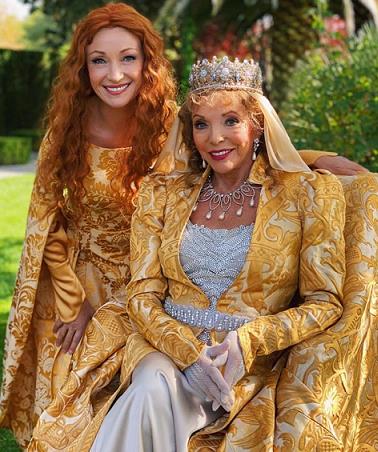 Provencal literature and the crusades. Jane Seymour, Geraldine Chaplin, Joan Collins, Mira Sorvino, Denise Richards, Steve Buyers, Bart Edwards and Dominic Andersen, in the lead role of Assisi, are just some of the stellar cast members.
LAND OF LEGENDS
Will be another saga coming from Russia. The 15th century. Sent to remote Parma by the Grand Prince of Moscow, prince Yermolay tells his son Mikhail about his dream: to create a grand princedom that would unite the peoples 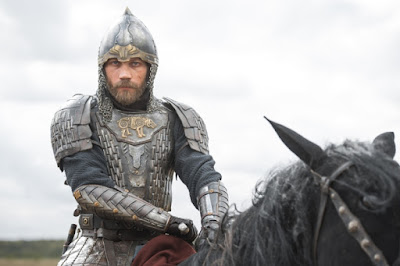 inhabiting these lands. Soon Yermolay is killed in the battle against the rebellious local tribes, the Voguls. His heir Mikhail finds himself in the middle of two worlds – the Grand Duchy of Moscow and the ancient lands of Perm populated by pagans.
LEONARDO FROM ITALY
Will depict famous painter Leonardo da Vinci (Aidan Turner) and his extraordinary life through the works that made him famous, through the 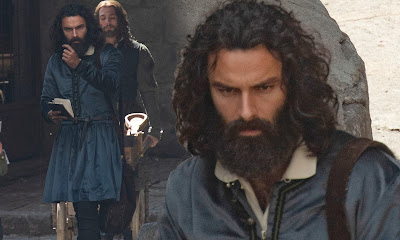 stories hidden within those works, revealing little by little the inner torment of a man obsessed with attaining perfection. A detective series in plot, it will depict Leo as gay that he delightfully was.
NEW GOLD MOUNTAIN
Is coming to us this year from Australian streamer SBS. Four part epic series starring Mulan and Luminaries’ Yoson An alongside Vikings’ Alyssa 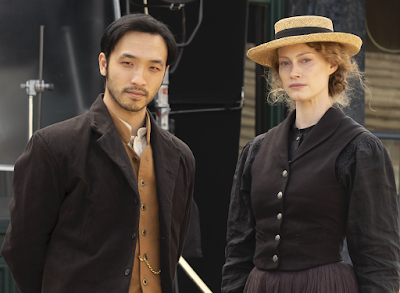 Sutherland, Christopher James Baker and Dan Spielman, tells the untold story of the Australian gold rush from the perspective of Chinese miners who risked everything for a chance at unlikely fortune in a new land.
THE IRREGULARS AT NETFLIX
The eight episode drama offers a twist on the classic tale of Sherlock Holmes, by focusing on a group of children whose crime-solving work is taken 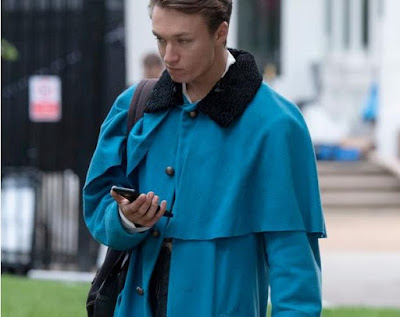 credit by Holmes. Henry Lloyd Hughes will play the evil Holmes, with Harrison Osterfield (in the photo in his costume) as the leader of the youngsters. 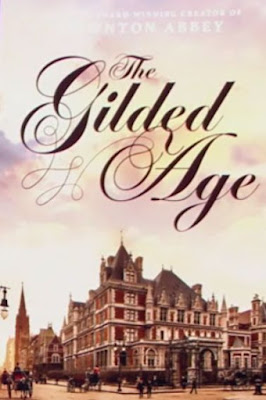 THE GILDED AGE
Coming to HBO from Julian Fellowes it will be set in 19th century New York following a wide eyed young scion of a conservative family who embarks on a mission to infiltrate the wealthy neighboring clan dominated by ruthless railroad tycoon George Russell (Morgan Spector), his rakish son, Larry, and his ambitious wife, Bertha (Carrie Coon). The insanely big cast also includes Christine Baranski, Cynthia Nixon and Poldark's sweetheart Harry Richardson alongside Da Vinci's Demons villain Blake Ritson and Jeanne Tripplehorn.
THE SLAVS FROM SLOVAKIA
Will be their most expensive series and will finally air on national channels in Slovakia and Ukraine. This 12 episode fantasy adventure series is set in the 7th Century and follows the lives of the occupants of the Carpathian basin, at 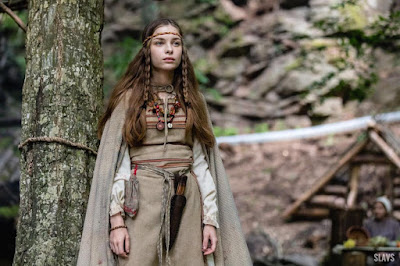 the time before the union of Slav tribes! The plot takes place at the neighboring forts Big table and Furnau, which need each other for trade but the power interests and the pressure from the incoming Avar marauders will put them into conflict.
THE PRISONER
Also coming from Russia is this Turkey set saga in which Ilya Malakov (whom we fell in love with in Kolovrat) plays a Cossack who gets imprisoned 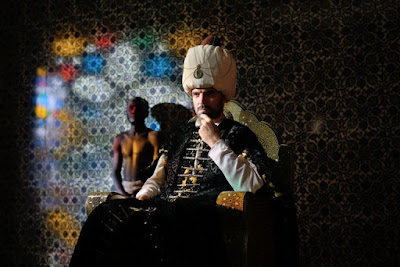 in the palace of the Ottoman sultan and if forced to become his janissary. The series will have 12 episode and will feature Serbian actors too.
DIANA DE POITIERS
Isabella Adjani will play the title role in this two episode historical mini series on the famous 16th century lover of the French king Henry II who will 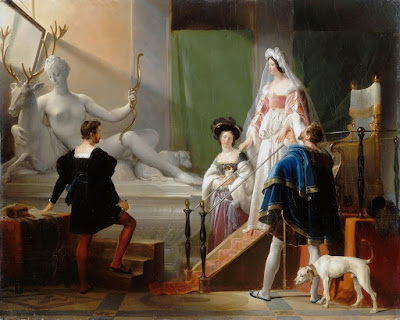 be played by much younger Nicolas Duvauchell. The series will also star Jean Reno and Mathieu Almaric.
YOUNG VOLTAIRE
Will be a French four episode historical saga following the adventures of the young Voltaire. Thomas Soliveres will play the famous philosopher, 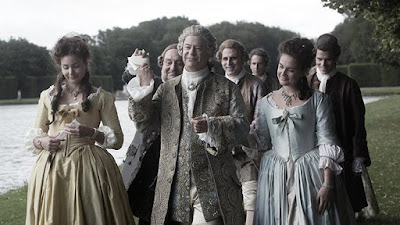 writer and thinker in his youth. He left a deep mark on many European rulers and writers. France 3 is producing the series.
Posted by DEZMOND at 1:00 PM