'THE LAST KINGDOM'
ALL ABOUT THE EPIC SEASON 4
I don't want to be a wet blanket or frighten you, my spylings, but this could very well be the last of the big epic shows we will be able to see till Autumn if not even longer. As of today, you can stream the fourth season of everybody's favourite historical saga THE LAST KINGDOM over at Netflix. Unlike the first and second seasons which had just eight episodes, this one has ten of them just like the third season had, so you get more time to enjoy brave warrior Uhtred and his merry bunch of misfits.


The Last Kingdom
based on Bernard Cornwell’s The Saxon Stories series of novels set in the 10th century, will have its season four set after the death of King Alfred
(David Dawson) with the alliances between the smaller kingdoms of old Anglia fractured. Uhtred (Alexander Dreymon) believes the timing is right to challenge his uncle Aelfric (played by Joseph Millson), and take back his ancestral home, Bebbanburg from which he was driven away in the first season. However fate shifts in a different direction, leading Uhtred to realise that his destiny is tied to Alfred’s dream of a united land. This, and Uhtred’s feelings for Alfred's daughter Aethelflaed (Millie Brady), drive him back into the politics that threaten to break out into war.


Uhtred's Trusted Followers
As before, Uhtred will be able to use the help of his courageous and also gorgeous friends, warriors Finan (played by Mark Rowley) and freshly 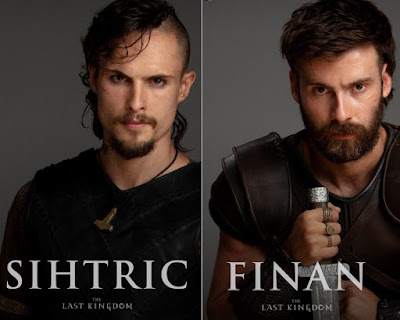 married Sihtric (played by Arnas Fedaravičius) whose wife has been left in Wessex. Alfred's bastard son Osferth (Ewan Mitchell) is also still with them as a monk turned warrior.

The Kingdom of Wessex
With the sickly king Alfred now dead and his young and inexperienced son Edward (Timothy Innes) on the throne, Wessex has never been more 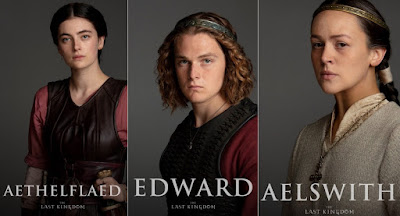 vulnerable, which makes his mother, flimsy and often evil queen Aelswith (Eliza Butterworth) very nervous. Edward's sister Aethelflaed (Millie Brady) who is both the princess of Wessex and the queen of Mercia, will be Uhtred's love interest in this season.

The Kingdom of Mercia
Mercia is still ruled by treacherous and slimy King Aethelred (played by Toby Regbo) who is still married to Alfred's daughter, whom he wanted to 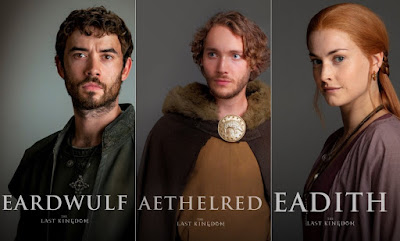 kill in the previous season, but has a new love interest in lady Eadith (played by Stefanie Martini) the sister of his new right hand man Eardwulf (played by Jamie Blackley)!

Who Else Is Back With Us?
Beside his brave sidekicks Finan and Sihtric, Uhtred can still also count on his childhood guardian father Beocca (played by Ian Hart), who was a part of King Alfred's court but is now expelled from the crown’s inner circle 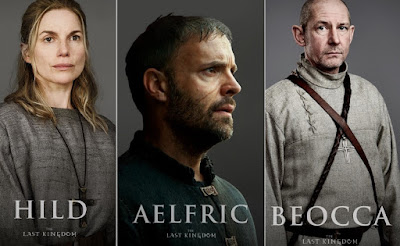 because queen Aleswith does not trust him and is now also a widower after his wife was burned alive, and on the warrior nun Hild (played by Eva 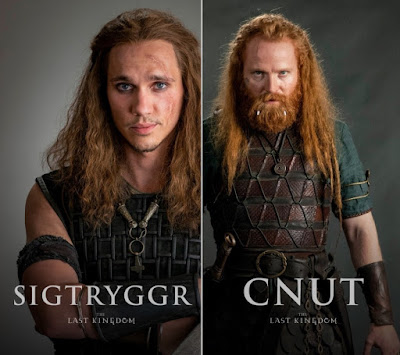