AUTUMN 2019 EPIC TV SERIES
Medici: The Power And The Beauty
A guide through all the epic dramas you need to see this autumn today from your spy! The first season Masters of Florence was out standing, the
second season The Magni- ficent was a disapp- ointment filled with lazy writing and some really bad acting and casting, so the third season MEDICI: THE POWER AND THE BEAUTY will be the final one, ending the Italian series for good. We don't know the exact date, but we know it will air on RAI really soon bringing the story of the final end of the famous Italian noble family. Beside Daniel Sharman in the lead role, the final season will bring Rose Williams to the cast too. Spy more here.


Catherine The Great
October 3rd is the date when Sky Atlantic is bringing us their four part epic saga on CATHERINE THE GREAT in which Helen Mirren is playing the most famous of all Russian tzarinas in her late years, with Jason Clarke 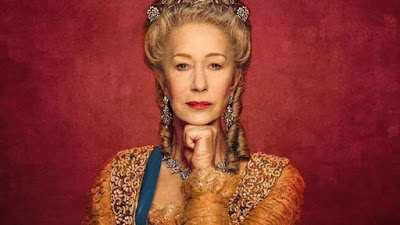 World On Fire
BBC has scheduled September 29th as the start date for their World War II series WORLD ON FIRE . The seven episode saga will also air on Masterpiece in USA later on starring Jonah Hauer King, Sean Bean, 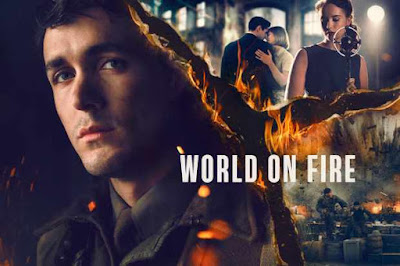 Lesley Manville, Blake Harrison, Arthur Darvill, Brian J. Smith, Max Riemelt, and Helen Hunt. From the siege of Warsaw, to Dunkirk, the fall of Paris and the battle of Britain, the series will be covering the first year of the war spanning four different nations. Spy more here.


His Dark Materials
BBC has, on the other hand, set the airing date for their epic adaptation of HIS DARK MATERIALS: 3. November in UK, and then 4. November in USA at HBO. Based on the books by Philip Pullman and starring Dafne 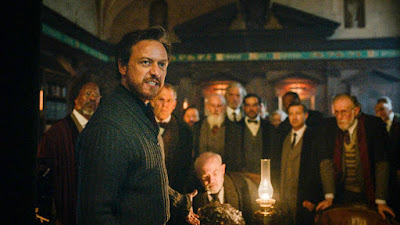 Keen and James McAvoy, the series follows little Lyra who embarks on a magical adventure through parallel universes. You can spy more about the eight part drama here.


See With Jason Momoa
Apple's new streaming service is starting November 1st and its tentpole series is epic fantasy adventure SEE starring Jason Momoa as Baba Voss, the father of twins born centuries later with the mythic ability to see, and he 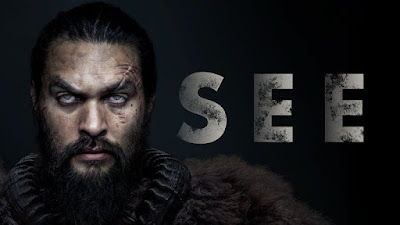 must protect his tribe against a powerful yet desperate queen who believes it’s witchcraft and wants them destroyed. You can spy more about the ten episode series here.


The Witcher
Rival Netflix also has its epic fantasy series, probably the most anticipated series of the whole season. THE WITCHER starts December 12th (not confirmed) starring Henry Cavill as Geralt of Rivia, a solitary monster 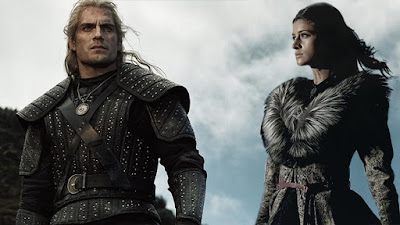 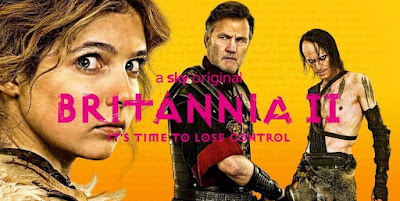 under David Morrissey’s General Aulus, will prove more watchable than the monotonous first one. Eleanor Worthington Cox returns as Cait – the young woman prophesied to be the saviour of Britannia from the invaders! Spy more here.


War Of The Worlds
BBC has first announced this one for Autumn and now we don't see it in their schedule, so I cannot give you the exact date, but it is the most postponed series we've ever seen on BBC (which does not bode good). WAR OF THE 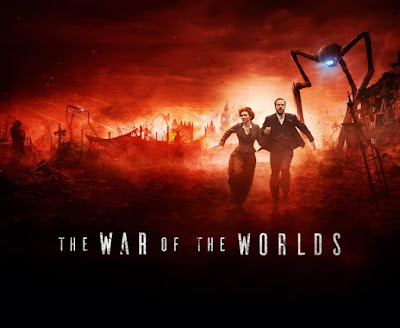 WORLDS stars Rafe Spall, Greg Kinnear and Eleanor Tomlinson in a story set in London during the Edwardian era, where George and Amy's attempt to start a life together is interrupted by a Martian invasion of Earth!
Posted by DEZMOND at 1:30 PM