QUEEN OF WINTER ANNOUNCES FIRST DAY OF AUTUMN WITH FROZEN 2 SECOND TRAILER FROM DISNEY WHICH REVEALS ELSA'S FATHER AND MOTHER! 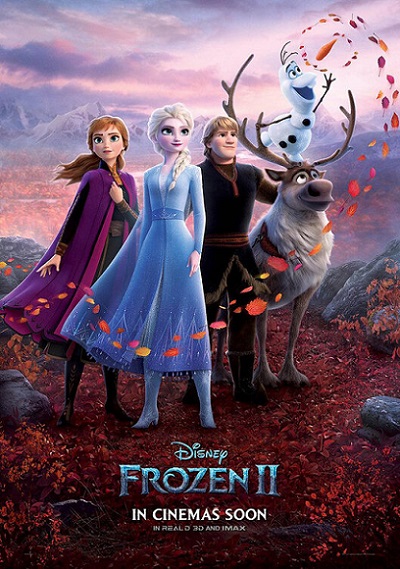 'FROZEN 2' 2ND TRAILER
FROM ENCHANTED FOREST
Now that the opening date, November 22nd is closing, Disney has released a new trailer for FROZEN 2 revealing with it some of the new characters as well, for example Elsa's and Anna's father King Agnarr voiced by Alfred Molina! There is also a cute salamander from enchanted forest called Bruni who is drawn to Elsa's ice magic! The stars from the original movie Idina Menzel, Kristen Bell, and Jonathan Groff all return in the voice cast this time as well! Evan Rachel Wood joins them as their mother Queen Iduna.


The Kingdom Is Not Safe!
Why was Elsa born with magical powers? What truths about the past await Elsa as she ventures into the unknown to the enchanted forests and dark seas
beyond Arendelle? The answers are calling her but also threatening her kingdom. Together with Anna, Kristoff, Olaf and Sven, she'll face a dangerous
but remarkable journey. In “Frozen,” Elsa feared her powers were too much for the world. In “Frozen 2,” she must hope they are enough.