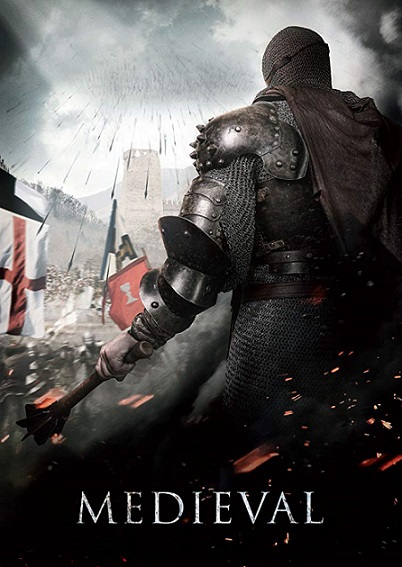 FIRST 'MEDIEVAL'
PHOTOS FROM THE CZECH EPIC!
We are ready to top our Epic Weekend today with the first photos coming from the sets of new historical adventure MEDIEVAL which sees American actor Ben Foster playing Czech national hero and warlord Jan Zizka who was
a powerful figure in the famous Hussite wars in the medieval times. With the massive budget of about $20 million, the new historical movie is currently
shooting on the sets near Prague and around Czech republic. Superhunky Czech actor and judo champion Petr Jakl is both writing and directing the
movie! He is not the only athlete in the production as legendary Czech decathlon world recorder Roman Sebrle is also in the cast!


WHAT'S THE MOVIE ABOUT?
MEDIEVAL will follow their 14th century national hero Jan Zizka of Trocnov (Ben Foster), a revered military tactician who defeated armies of the
Teutonic Order and the Holy Roman Empire. He is known for his innovative strategies and for quickly training peasants to face skilled and armoured
opponents who usually outnumbered his own troops. The historical adventure film will also have another storyline which will revolve around his
relationship with king's lover, a rich heiress Catherine (Sophie Lowe), whom he is sent to save but unexpectedly falls in love with her, while another storyline will describe his fight against a rival king.


WHO ELSE IS IN THE CAST?
Our favourite William Moseley plays Jan's brother Jaroslav, legendary Michael Caine is Lord Boresh the right hand of Czech King Wenceslaus and
German superstar Til Schweiger is Rosenberg, the richest lord in the kingdom. British thespian Matthew Goode will portray King Sigismund of
Hungary and Croatia, the brother of Czech King Wenceslaus, and if my eyes are not playing with me he will have a blondish hair in the movie! Czech actor Karel Roden is playing King Wenceslaus himself!
Posted by DEZMOND at 1:30 PM