'KNIGHTFALL' EPIC SERIES
SEASON TWO NEW PHOTO!
Among the exclusives in EW'S new First Look issue is also a new photo from the 2nd season of History's KNIGHTFALL series showing Tom Cullen as the Templar Knight who got in the mess after betraying his best friend the
French king by impregnating his adulteress wife the queen of Navarre, and also Mark Hamill who joins the cast as Talus, a wise warrior responsible for training new initiates of the Templars. The second season will air next June!


THE SECOND SEASON WILL
explore this dark time in history from the Templar perspective, embracing an authentically grittier, darker, and more brutal Medieval period than has ever
been seen before. Tom Forbes joins the cast as Prince Louis of France, Clementine Nicholson as his wife Princess of Burgundy, Genevieve Gaunt is his sister princess Isabella of France.


'WATERSHIP DOWN'
SAM SMITH SONG REVEALED!
You can also check out gorgeous song Fire on Fire by Sam Smith from BBC's animated series WATERSHIP DOWN which is airing this weekend 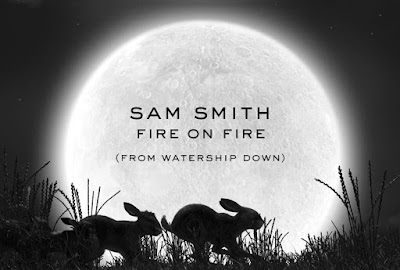 following a warren of rabbits in danger from evil humans. Sam Smith has written the haunting song with Steve Mac and recorded it with BBC's Concert Orchestra.