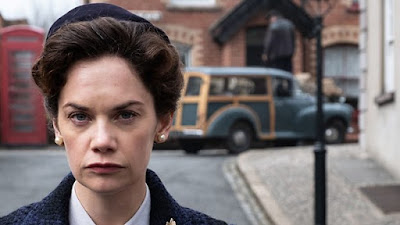 YOUR HUSBAND IS MY HUSBAND
Set between 1940s and 1960s London, the series follows Alison Wilson, who thinks she is happily married until her husband dies and a woman turns up on her doorstep claiming that she is the real Mrs. Wilson. Alison is determined to
prove the validity of her own marriage - and Alec’s (Iain Glen) love for her - but is instead led into a world of disturbing secrets. Alexander Wilson was a writer, spy and secret service officer who served in the First World War before moving to India to teach as a Professor of English Literature, where he began writing spy novels. 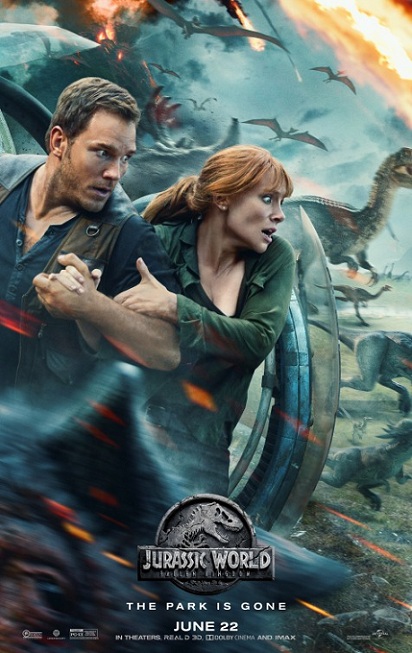 'JURASSIC WORLD 2' TRAILER
BRINGS SCARY NEW DINOSAURS
And something entirely different, new posters and trailer have been revealed for JURASSIC WORLD 2: FALLEN KINGDOM alongside some new photos from Entertainment Weekly! The trailer shows some new dinosaurs revealing that the movie will be a horror as much as an adventure.

THE PARK IS GONE!
Out this June,  the movie is set four years after the Jurassic World theme park was closed down, and now Owen (Chris Pratt) and Claire (Bryce Dallas Howard) return to Isla Nubar to save the dinosaurs when they learn that a once dormant volcano on the island is active
and is threatening to extinguish all life there. Along the way, Owen sets out to find Blue, his lead raptor, and discovers a conspiracy that could disrupt the
natural order of the entire planet. Life has found a way, again. Jeff Goldblum, utterly gorgeous Rafe Spall and Toby Jones also star.