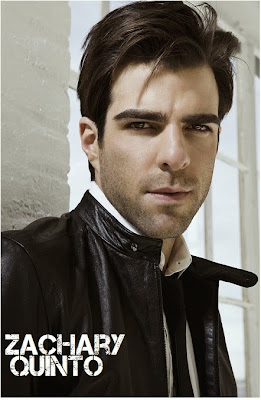 I know that Zachary Quinto is one of your favourite crew members in STAR TREK, so here's an update on his future moves: as 'Variety' reports he and Natalie Dormer from THE TUDORS and GAME OF THRONES have joined THE GIRL WHO INVENTED KISSING a romantic movie about two brothers whose lives are upended when they both fall for a mysterious young woman who drifts into their small town. Zachary will also show his romantic side in WE'LL NEVER HAVE PARIS playing a man who screws up on a transcontinental level in a noble effort to win back "the one".

And after Liz Hurley, who will play the ambitious queen, and William Moseley, who is the prince and the new heir to throne after his brother dies in an accident, E! new television series THE ROYALS has just got another cast member: stunning British actor Tom Austen (JO, THE BORGIAS)  is the new face in this contemporary drama about a fictional royal family informed by the regal opulence of the British monarchy and framed by Shakespeare’s Hamlet; a tale of men and women corrupted by power, wealth and desire. He will play Jasper, the new security detail/love interst to Princess Eleanor. Handsome Tom Austen also stars in IRONCLAD: BATTLE FOR BLOOD epic movie, a sequel to 2011 historical action shot earlier this year in Serbia, in which  a survivor of the Great Siege of Rochester Castle fights to save his clan from Celtic raiders.


GRAND PIANO TRAILER
ELIJAH WOOD & JOHN CUSACK
The only trailer I have for you today (it's a very poor week in movie business), is a Spanish one for suspenseful thriller GRAND PIANO. It 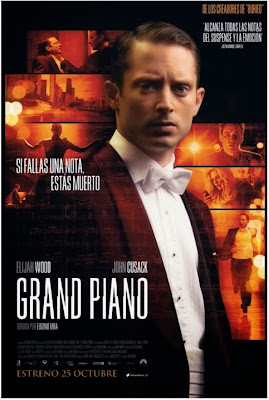 is in Spanish, but you will still get everything in the exciting trailer. Elijah Wood stars as Tom Selznick, the most talented pianist of his generation, who has stopped performing in public because of his stage fright. Years after a catastrophic performance, he reappears in public for a long awaited concert in Chicago. In a packed theater, in front of an expectant audience, Tom finds a message written on the score: "Play one wrong note and you die." In the sights of an anonymous sniper (John Cusack), Tom must get through the most difficult performance of his life and look for help without being detected.