THE BOARDING HOUSE
NEW GOTHIC HORROR SERIES
I have a couple of new period set delights coming from the Eastern empire to share with you, so I am launching our From Russia With Love weekend today with a spotlight on their brand new four part period set Gothic horror mini series THE BOARDING HOUSE (Пансион) coming from Svyatoslav Podgaevsky! Already streaming on Russia's streamer Ivi, this atmospheric and suspenseful TV series speaks about the horrors of sexual abstinence! In the mystical detective horror mini series filled with forbidden lesbian passions, Stasya Miloslavskaya plays a brave lady of the early 20th century who arrives at a boarding school to find her missing sister.
STORY OF THE SERIES IS SET
in the Russian Empire, 1905. The general's daughter Apollinaria (Stasya Miloslavskaya) arrives on an island in the Baltic Sea, on which there is a boarding house for women cut off from the world, run by a strict mentor 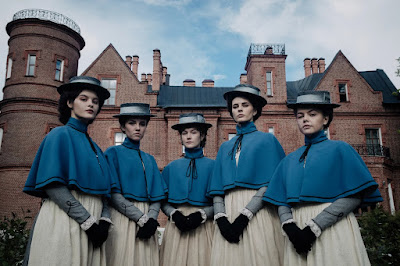 Zakharova (Victoria Tolstoganova). It is not immediately clear what kind of mysterious institution Madame opened - a boarding school for young ladies or a hospital-prison for objectionable daughters who wealthy men want to re- 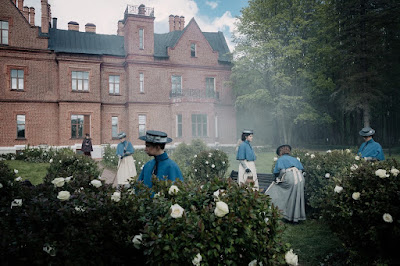 educate. Five pupils spend the whole day praying, cooking, cleaning, washing and working in the garden, sometimes being distracted by gloomy studies - a mixture of fine arts and patriarchal lectures about the true destiny of women. 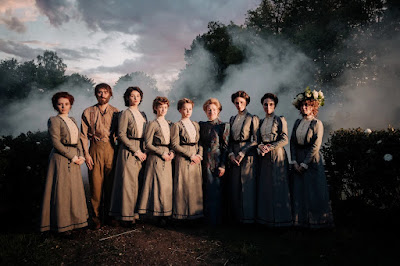 Their only fun is a fresh volume of Baudelaire's "Flowers of Evil", but it is not clear where it came from on the island as Zakharova considers books to be vulgar and useless entertainment. It soon turns out that in fact Apollinaria 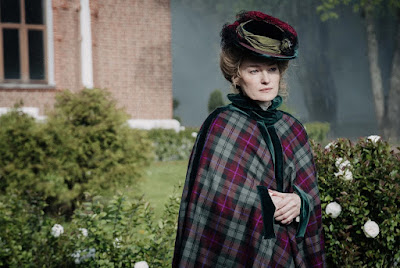 arrived to find her sister Sophia, who disappeared without a trace from the boarding house a year ago. The girl quickly realizes that Zakharova encourages violence, and a toxic atmosphere has formed in the team: during the break 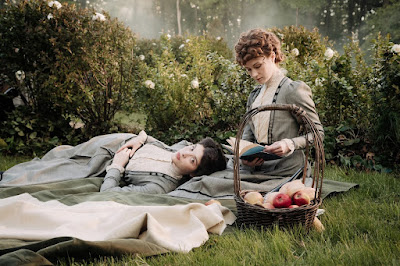 between classes, the girls hate, bully, humiliate and harass each other, trying to give vent to suppressed emotions and sexual desires. Moreover, soon the girls begin to go absolutely aggressively crazy one after another. The first to 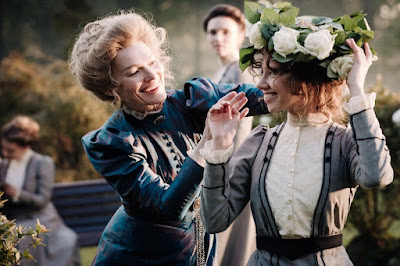 get possessed is Anya (Ekaterina Novokreshenova), who is in love with the local retarded gardener Serafim (Dmitry Chebotarev). First, she seduces the man with enthusiasm unusual for her, and then, having received a 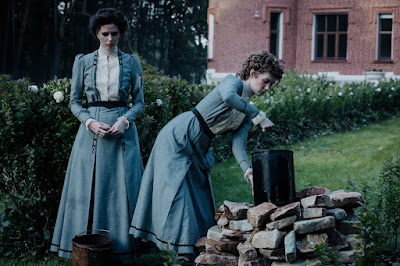 cruel flogging from Zakharova, she runs away from the boarding house. Having found Anya's lifeless corpse on the seashore with signs of a violent death, Polina realizes that anything could have happened to her sister on the cursed island.
Posted by DEZMOND at 7:33 PM