'US' SF MOVIE TRAILER
NEW BLOCKBUSTER FROM RUSSIA
While Hollywood is mostly sleeping, Russia keeps on producing movies which are almost always above the quality of American productions and here's another example of that: first trailer for US (Мы) a sf movie scheduled for next year. 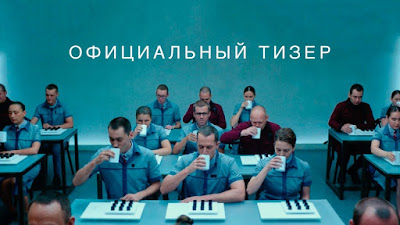 A PreScheduled Life
200 years have passed since the Great War, which led to the disappearance of almost the entire population of the planet. The remnants of humanity live in a perfect One State. Despite the authoritarian system, where each resident has
his own serial number, uniform, glass houses and scheduled sex, happiness and harmony reign in society. The D-503 engineer considers such a life ideal and glorifies it, investing all his knowledge and talent in the construction of a super-powerful spacecraft. A chance meeting with an I-330 woman completely
reverses D-503's self-image. With genuine horror, he discovers within himself the uncontrolled "ancient" impulses, feelings and passions. And he will have to find out that there are those who do not like the existing world order and who seek to destroy the last bastion of humanity on Earth - the One State ...