'TRYING' TRAILER
PUTS RAFE SPALL AND IMELDA STAUN- TON IN A SITCOM
Here's another new programme launching on Apple TV soon: trailer for their first ever British comedy series TRYING led by two of our favourite British thespians Rafe Spall and Imelda Staunton alongside Esther Smith. The eight episode series is set to launch May 1st! Check out the trailer for the series below and tell us what you think! 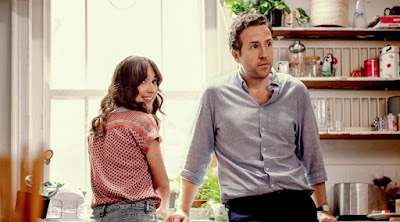 What's Trying All About?
All Nikki (Esther Smith) and Jason (Rafe Spall) want is a baby—but it’s the one thing they just can’t have. How are they going to fill the next 50 years if
they can’t start a family? They already went through The Sopranos in a weekend. After ruling out every other option, Nikki and Jason decide to adopt
and are confronted by a world of bewildering new challenges. With their dysfunctional friends, screwball family, and chaotic lives, will the adoption panel agree that they’re ready to be parents?