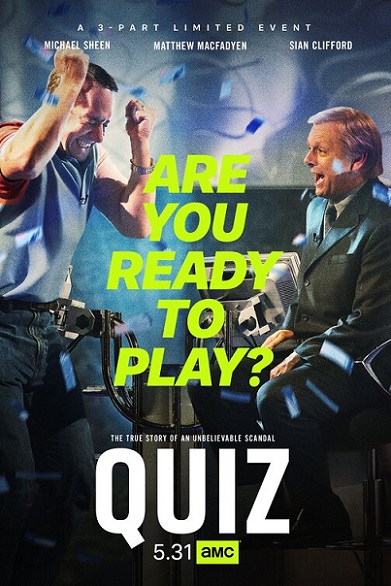 'QUIZ' TRAILER IS HERE
UK'S GREATEST TV HEIST
ITV has released a trailer for their new series on the infamous 2001 scandal in which major Charles Ingram (Matthew Macfadyen) and his wife Diana (Sian Clifford) cheated on Who Wants to be a Millionaire by coughing when
the correct answers were read. QUIZ will air in three episodes from April 13th and will also air later on at AMC in USA from May 31st. Michael Sheen also stars as the host of the quiz. 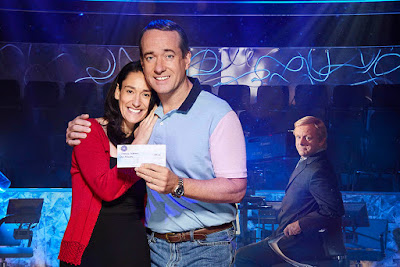 Quiz Tells The Story
of Major Ingram, his wife Diana and an accomplice, Tecwen Whittock, who was sitting in the audience, who were accused of cheating their way to a million pounds on the most popular game show on earth in 2001. The couple
stood trial for conspiring by coughing during the recording to signify the correct answers to the multiple choice questions posed by host Chris Tarrant.
Despite maintaining their innocence throughout, Ingram, his wife, and Whittock were convicted of "procuring the execution of a valuable security by deception". They were given two years suspended sentences and asked to pay £115,000 including legal fees.
Posted by DEZMOND at 1:30 PM