'SOMETIMES ALWAYS NEVER'
HEARTFELT BILL NIGHY TRAILER
This one already played in UK and Australian cinemas this June but will hit US ones in October. SOMETIMES ALWAYS NEVER is a British comedy drama starring Bill Nighy as Alan, a stylish tailor with moves as sharp as his suits. He has spent years searching tirelessly for his missing son Michael, who stormed out over a game of Scrabble. With a body to identify and his family torn apart, Alan must repair the relationship with his youngest son Peter and solve the mystery of an online player who he thinks could be Michael, so he can finally move on and reunite his family. The film is based on Triple Word Score story by Frank Boyce 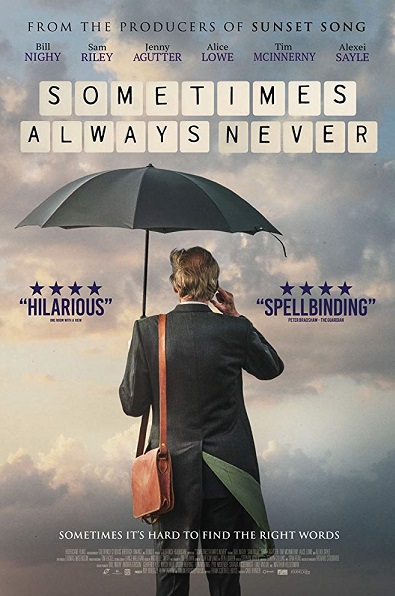 The title refers to the Sometimes, Always, Never Three-Button Rule. When wearing a suit with three buttons a man should sometimes button the top button, depending on the style of the suit, always button the middle button, and never button the bottom button.