'COWBOY BEBOP' ADS
ELENA SATINE TO NETFLIX SF WESTERN TV SERIES
I almost forgot about this one, but it seems it is still well in production! Netflix is preparing a fantasy series similar to the fan favourite Firefly, called
COWBOY BEBOP which already has John Cho, Mustafa Shakir, Daniella Pineda and Alex Hassel announced in the cast, but now they are joined by Elena Satine who will obviously have a role similar to Morena Baccarin's in Firefly.
COWBOY BEBOP is a space western sf series, the jazz inspired, genre bending story of a ragtag crew of bounty hunters on the run from their pasts as they hunt down the solar system’s most dangerous criminals. They’ll even save the world — for the right price.


Chris Yost, who wrote Thor movies, is writing this one, and Elena Satine will play play Julia. With a sultry beauty and a voice to die for, Julia is the dream-like object of Spike Spiegel’s (John Cho) desire. She struggles to survive in a violent world.


'LIFE LIKE' SF TRAILER
TOO PERFECT TO BE HUMAN!
Speaking of science fiction, check out the rather intriguing trailer for sf thriller LIFE LIKE which already aired in US cinemas this summer starring James D'Arcy, Steven Strait, Drew Van Acker and Addison Timlin. 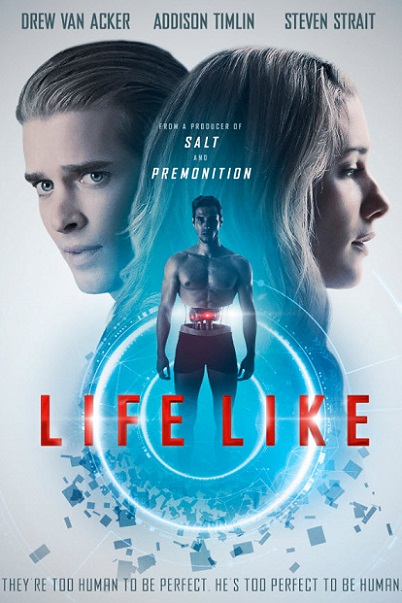 The last two play an idealistic attractive young couple which acquires a stunning, life-like robot for guilt free help, but as the three grow closer, their perception of humanity will be altered forever.