'THE WHEEL OF TIME'
TO BECOME EPIC FANTASY TELEVISION SERIES AT AMAZON
Well, here's another fantasy series to look forward to! Amazon has ordered a TV series adaptation of Robert Jordan's famous classic THE WHEEL OF TIME with Rafe Judkins as writer and show runner, Deadline reports.
Mixing the elements of European and Asian culture and legends, it is set in a sprawling, epic world where magic exists, but only women can use it. The story follows Moiraine, a member of the shadowy and influential female organization called the ‘Aes Sedai’ as she embarks on a dangerous, world spanning journey with five young men and women. Moiraine believes one of them might be the 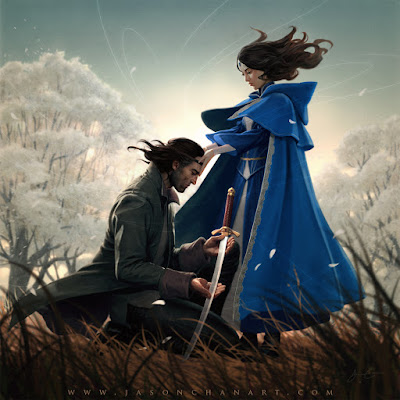 reincarnation of an incredibly powerful individual, whom prophecies say will either save humanity or destroy it.

Thought about reading that series, but heard the last few books weren't good. They are really long, so I didn't want to get sucked in only to be disappointed later. Hopefully they will do better with the series.

glad to hear it, Fran

yes, there are like dozens of them books in the series :)

I'm looking forward to The Wheel of Time. It's such a complicated storyline though.

Hope they will have splendid casting!