'THE I LAND' SF SERIES
KYLE SCHMID JOINS ALEX PETTYFER & KATE BOSWORTH
SF news all the way today, spylings, starting with the update from Netflix who have just added gorgeous Kyle Schmid to the cast of their new  THE I LAND sf series which already includes Kate Bosworth and Alex Pettyfer! When ten people wake up on a treacherous island with no memory of who they are or how they got there, they set off on a trek to try to get back home. They soon discover this world is not as it seems. Faced with the island’s extreme psychological and physical challenges, they must rise to their better selves — or die as their worst ones. Kyle Schmid will play a hippie who has a generally laid-back vibe, even in the face of real danger.


'KRYPTON' SEASON 2
EMMETT SCANLAN IS LOBO!
SyFy has revealed the first look of a new cast member in the second season of their KRYPTON series: Emmett J. Scanlan as the legendary villain Lobo!
The ruthless bounty hunter who murdered his entire species will appear in the new season of the epic adventure which follows Superman's grandfather back on their home planet. Like Superman, Lobo also has superhuman strength and is almost immortal. As The Hollywood Reporter reveals, season two of KRYPTON will expand beyond Kandor to other planets as Doomsday is unleashed. The Superman prequel will also delve into the origins of Brainiac and get a better sense of the true threat the character poses.


'THE UMBRELLA ACADEMY'
REVEALS CHARACTER POSTERS
Netflix has, meanwhile, released first character poster for their new fantasy series THE UMBRELLA ACADEMY which will roll out February 15th based on the Dark Horse comic books. It stars Tom Hopper, Robert Sheehan and Ellen Page. 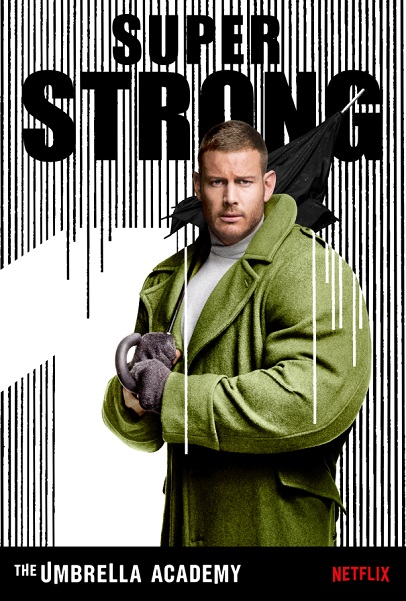 WELCOME TO ACADEMY
On the same day in 1989, forty-three infants are inexplicably born to random, unconnected women who showed no signs of pregnancy the day before. Seven 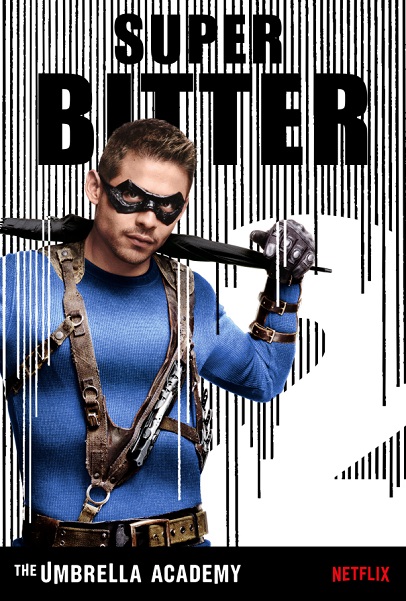 are adopted by Sir Reginald Hargreeves, a billionaire industrialist, who creates THE UMBRELLA ACADEMY and prepares his “children” to save the world. But not everything went according to plan. In their teenage years, the 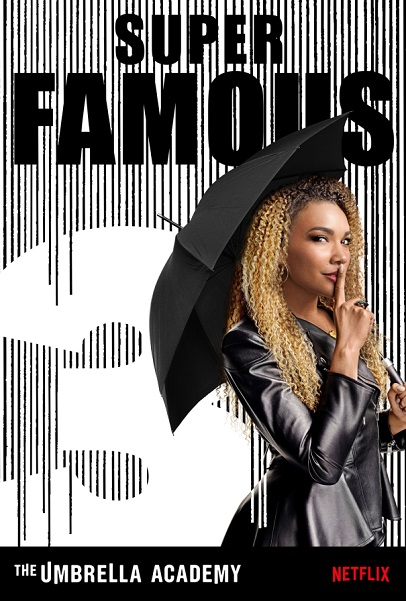 family fractured and the team disbanded. Now, the six surviving thirty-something members reunite upon the news of Hargreeves’ passing. They have to work together to solve a mystery surrounding their father’s death. But the 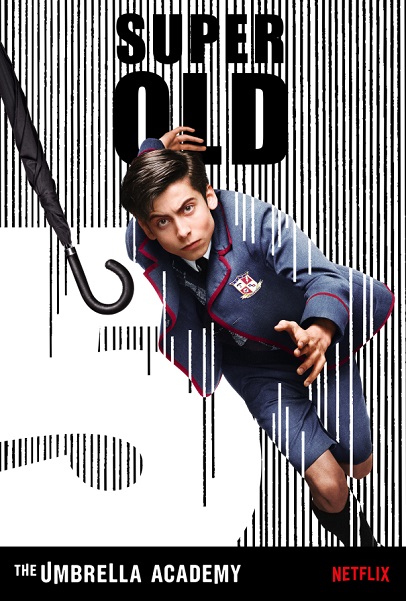 estranged family once again begins to come apart due to their divergent personalities and abilities, not to mention the imminent threat of a global apocalypse.