'HERE AND NOW' TRAILER
SARAH JESSICA PARKER, CLIVE BAKER & RENEE ZELLWEGER
It's been a very slow week so far, spylings, so the only thing your trusted spy has for you today are the first trailer and poster for a rather stellar music
romance drama HERE AND NOW which is scheduled for Northern American cinema release for November 9th! The movie, previously known as The Best Day of My Life and also Blue Night, stars Sarah Jessica Parker, Simon Baker, Renee Zellweger, Taylor Kinney, Jacqueline Bisset and Common.
HERE AND NOW described as an homage to the 1962 Agnès Varda film Cléo from 5 to 7, sees Sarah Jessica Parker in a praised role of a singer in New York who gets a grim diagnosis that puts her life and dreams into perspective. Directed by Fabien Constant (as his first feature movie), 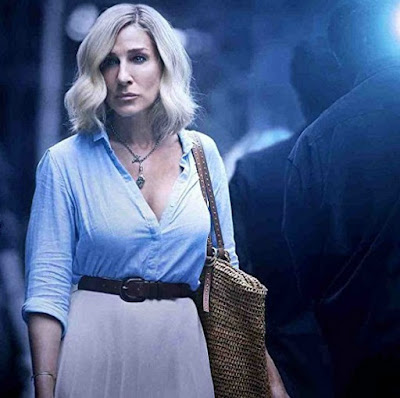