'MONKEY KING III'
IN THE KINGDOM OF WOMEN!
While Hollywood is sleeping and you are probably enjoying Thor Ragnarok in cinemas near you (it is hitting well above $110 million in USA) you may also feast your eyes on something equally epic: new posters and trailers for some of Asia's most magnificent of the upcoming epic fantasy films. The long awaited sequel to one of China's most lucrative movie franchises ever MONKEY KING III: KINGDOM OF WOMEN (sometimes also known as Land of Beauty) has just got its first teaser and gorgeous posters! 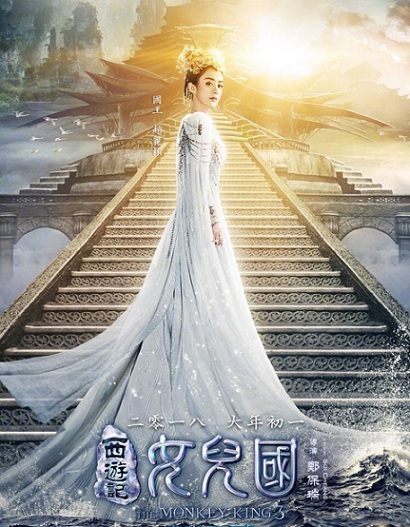 Based on legendary Journey to the West story, it will monkey its way into theatres next February around China's biggest holiday - Chinese New Year!

female territory in the Xi Liang nation known as Women’s Country, they meet the ruler of the country (Zhao Liying). On Sun Wukong (Aaron Kwok)'s 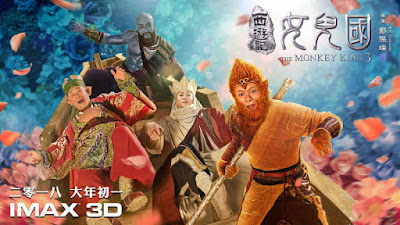 suggestion, Tang Sanzang pretends to marry the ruler and lies that his three students will go to fetch the scriptures in place of him. Later, he pretends to

see his students off and escapes with Sun Wukong's help when the four of them are safely outside the city. 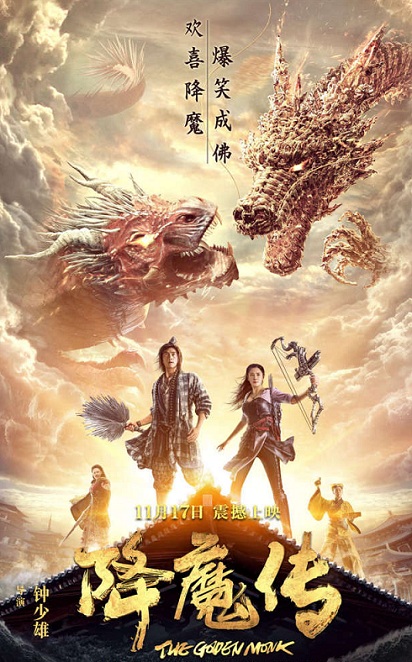 GOLDEN MONK! This fantasy action, directed by Wong Jing and Billy Chung is  playing in motherland cinemas lter this month. 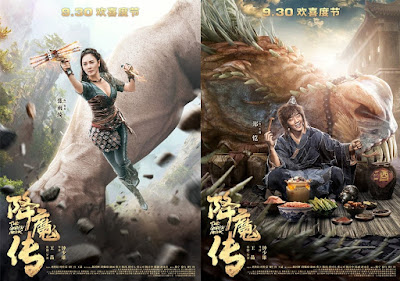 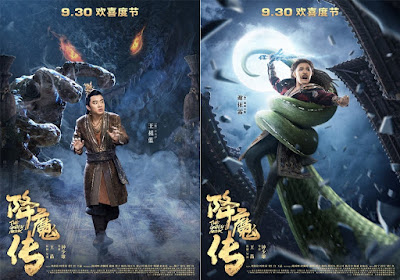 
'LEGEND OF THE DEMON CAT'
MOST EXPENSIVE FILM SET EVER 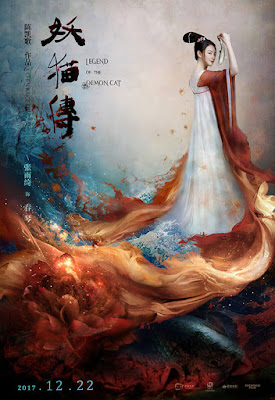 A few rather lyrical and lovely movie posters and a mind blowingly rich trailer have also been released for Chinese fantasy mystery film LEGEND OF THE DEMON CAT which should arrive into Chinese cinemas at the end of the year, sometime in December! Directed by Chen Kaige, it has the story based on the novel Samana Kukai! The movie taking place in the Tang Dynasty, sees a demon cat appear and break the peace of Chang’an City, causing a series of strange events. Poet Bai Letian (Huang Xuan) and Monk Kukai (Shota Sometani) join hands to investigate the death of Concubine Yang by following the trail left by the cat and unveiling a

buried fact. The film, which will premiere next year at Berlin International Film Festival, was shot on the sets which cost shocking $200 million to

build and five long years to create and construct! According to reports that I have heard the expensive set will be turned into a theme park.