'FRONTIER' SEASON 2
OF JASON MOMOA EPIC SERIES
The only thing I have for you this Black Friday is the trailer and photos for the second season of Jason Momoa's epic TV series FRONTIER which bows today with all episodes on Netflix after already starting on Discovery in
Canada. The series in which he plays an outlaw who is campaigning to breach the Hudson’s Bay Company’s monopoly on the 18th century fur trade in Canada, has already been ordered for a six episode third season as well! 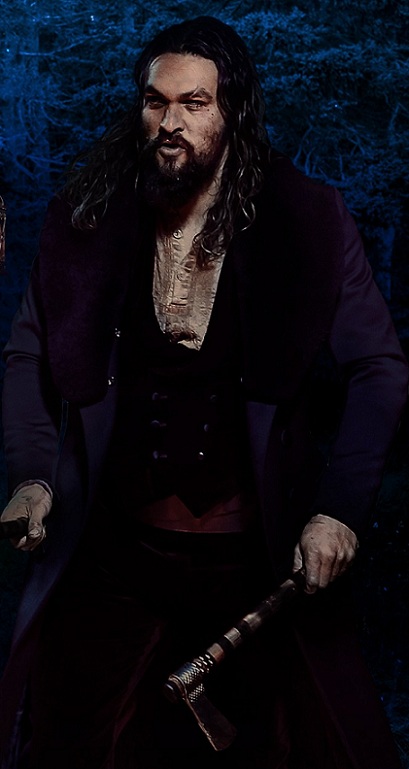 TO THE WILD FRONTIER
In the epic second season the FRONTIER expands with spectacular new views of the northern wilderness, and new players entering the ruthless game in the quest for power and wealth, pushing everyone to either embrace
unknown alliances or arm themselves against them. Fort James is left in chaos after Michael Smyth (Landon Liboiron), Sokanon (Jessica Matten), and Grace Emberly (Zoe Boyle) detonated a munitions magazine, leaving Declan
Harp (Jason Momoa) to slip through the hangman’s noose. With Harp gone, the Black Wolf Company is fractured and scattered to the wind. No one knows if Harp survived or not… but Lord Benton (Alun Armstrong) is not taking
any chances; he offers a dead or alive bounty for Harp, unleashing a dangerous threat to Harp and his allies as killers come to the frontier in search

of the reward. In the burgeoning city of Montréal, the power dynamic of the trade is in flux, as serious battle lines are drawn between Elizabeth Carruthers (Katie McGrath) and Samuel Grant (Shawn Doyle).