'LEGEND OF THE NAGA PEARLS'
EPIC FANTASY ADVENTURE
Since Hollywood is sleeping or diverting its time with scandals, we shall do what your spy always does when a dry period hits us - move over to Asia and their bombastic movies! First up, today, LEGEND OF THE NAGA PEARLS stunning posters and a delightful trailer filled with mind blowing sets, costumes and out of this world special effects and it is, rejoice people, with English subtitles so you can follow the action. The movie has already played in motherland cinemas (it earned two times less than it cost), and also in Australia, but is looking to open
around the world and on DVD soon, methinks. It is the first movie to be set in the fictional world of Novoland which is getting a TV series in China as well.


LEGEND OF THE NAGA PEARLS epic fantasy adventure movie has the story revolving around a royal descendant of an ancient winged tribe who embarks on a quest to find magical pearls which give their wings ability to unfurl and fly. When they fall into the hands of a human, he joins a team of unlikely heroes in a race against time to prevent the
destruction of his people. Lovely Darren Wang leads the cast which also includes Tianai Zhang and Simon Yam.


IN THE LAND OF THE WING- ED TRIBE
Once upon a time, in the city of Uranopolis, lived the Winged Tribe, a race capable of flying. But after losing a battle to humans, they gradually lost their ability to fly. Xue Lie, a royal descendant from the Winged Tribe, begins a search for the magical 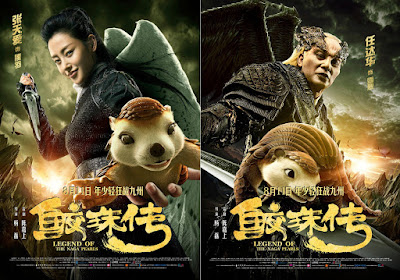 Naga Pearls in order to destroy the Human Tribe and avenge the death of his people. When Ni the thief, Gali the human prince, and Hei Yu the constable accidentally lay hands on a mysterious box containing the Naga Pearls, they 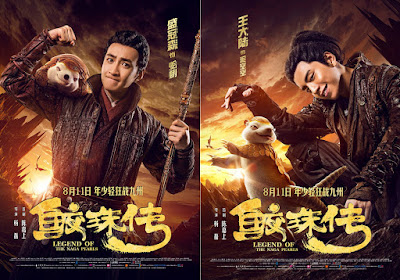 find themselves hunted down by Xue Lie. After they have lost the pearls to Xue Lie eventually, they decide to team up and rush back to Uranopolis to thwart his evil plans.