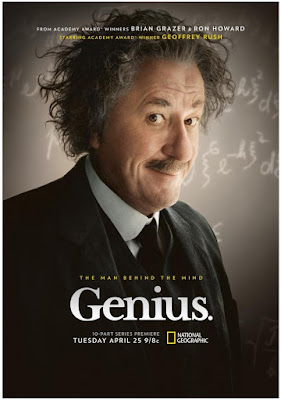 Here's something that is coming up as soon as next week: National Geographic will start airing their new scripted series GENIUS Tuesday April 25th around the world! The series will see acting legend Geoffrey Rush playing famous scientist Albert Einstein and since it is imagined as anthology series the second season has already been ordered and it is expected that the new GENIUS they will be dealing with in the second season, some of other great minds of the world, will be announced during the finale of the first season  this summer June 20th. 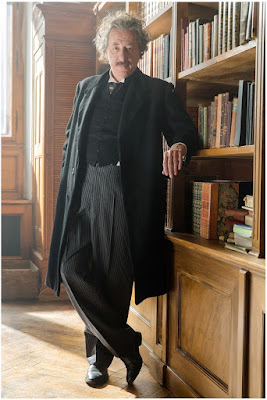 TIME IS BUT A STUBBORN ILLUSION
Based on the Walter Isaacson book Einstein: His Life and Universe GENIUS is National Geographic's first ever scripted series, executive produced by Ron Howard and Brian Grazer, with Howard also directing the first episode. The all-star cast includes Geoffrey Rush as mature Professor Einstein, Johnny Flynn as Albert in his youth and Emily Watson as the scientist’s second wife, and first cousin, Elsa Einstein. Over 10 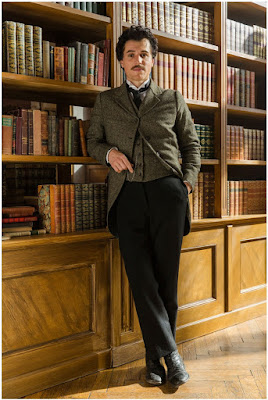 episodes, the series takes Einstein’s story beyond the halls of academia to explore his struggles to be a good husband and father, and a man of principle during a period of global unrest. His daringly creative mind often landed him in trouble with his loved ones and peers, but also helped him to usher in ground breaking discoveries that reshaped modern science. Beside describing how he achieved his scientific theories the series will also offer a look into his theories on human relationships which includes his theory of infidelity.  It charts how Albert Einstein, an imaginative, rebellious patent clerk who struggled 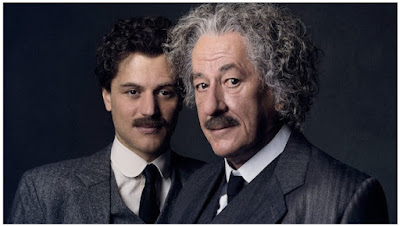 to land an academic post in his early years, went on to become the greatest scientific mind of the 20th century, all while juggling volatile, passionate and complex personal relationships! 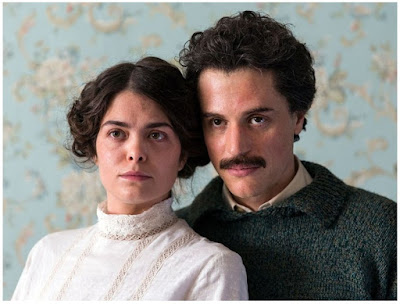 HOOVER, MUMMY AND MILEVA
T.R. Knight will star as J. Edgar Hoover, whose FBI amassed an enormous file on Einstein in an attempt to prove that he was a “subversive” and a secret communist! Claire Rushbrook will play Pauline Einstein, Albert’s mother. Samantha Cooley plays Serbian scientist Mileva Maric who became Einstein's first wife and mother of his three children and is believed to have been the creator of a lot of his theories.