RAY STEVENSON TO STAR IN
1242: GATEWAY TO THE WEST
Instead of Kevin Spacey who was originally meant to lead the film, Hungarian, British and Mongolian historical epic 1242: GATEWAY TO THE WEST will now have Ray Stevenson who is already shooting in Budapest. Eric Roberts, Michael Ironside, Neil Stuke, David Schofield, Jeremy Neumark-Jones, and Genevieve Florence also star. The movie follows a profoundly spiritual man (Neumark-Jones) of Hungarian Castle Esztergom who must confront and halt the Great Mongolian Army led by Batu Khan, grandson of Ghengis Khan (Mongolian actor Bold Choimbol) from invading Europe in 1242. The story focuses on their unlikely meeting during the Mongolian Lunar New Year when hostilities are paused. Stevenson will portray Papal Legate Cesareani, a secret Mongol ally who plays a key role as go-between.
SAM CLAFLIN IS A ROCK STAR
IN DAISY JONES AND THE SIX TV SERIES TRAILER FROM AMAZON
It will not stream until March next year, but Prime Video has released first teaser trailer for DAISY JONES AND THE SIX mini TV series  an adaptation of Taylor Jenkins Reid popular novel of the same name, a history of a fictional band from the ’70s with a Fleetwood Mac–like sound! Beside detailing the rise it will also detail the precipitous fall of a renowned rock band.
IN YEAR 1977
Daisy Jones & The Six were on top of the world. Fronted by two charismatic lead singers — Daisy Jones (Riley Keough) and Billy Dunne (Sam Claflin) — the band had risen from obscurity to fame. And then, after a sold-out show at 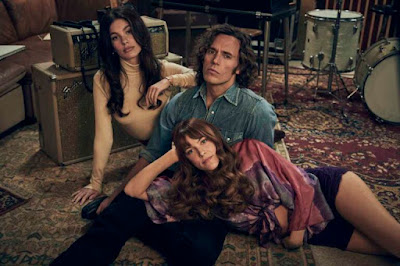 Chicago’s Soldier Field, they called it quits. Now, decades later, the band members finally agree to reveal the truth. This is the story of how an iconic band imploded at the height of its powers. 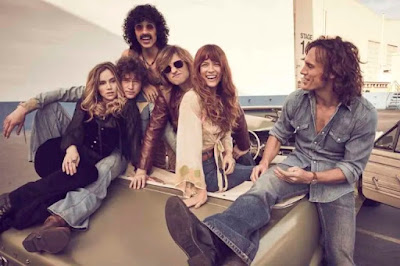 WHO ELSE IS IN THE CAST
Beside Riley Keough as Daisy Jones, Sam Claflin as Billy Dunne, Camila Morrone stars as Camila Dunne, Will Harrison as Graham 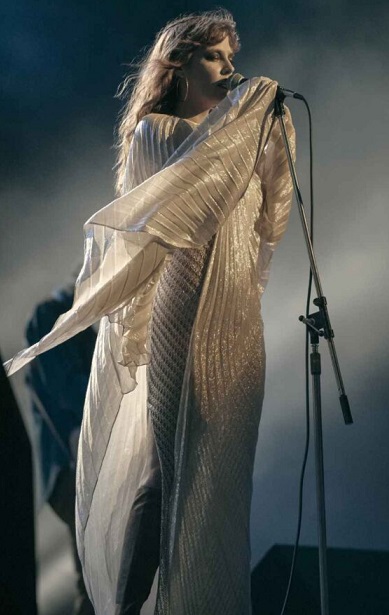 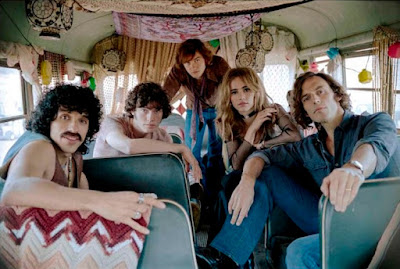 Be as Simone Jackson, and Tom Wright as Teddy Price, with a special guest appearance by Timothy Olyphant as Rod Reyes.
Posted by DEZMOND at 7:39 PM