LEGENDARY WW2 SERIES THE WINDS OF WAR GETTING A NEW TV REMAKE BY SETH MACFARLANE! ISRAEL PREPARING THEIR MOST EXPENSIVE EPIC TV SAGA EVER THE BEAUTY QUEEN OF JERUSALEM! MEXICAN GOTHIC TV SERIES AT HULU

'THE WINDS OF WAR'
GETS NEW TV ADAPTATION
It was already adapted into a classic mini series with Robert Mitchum and Jean Michael Vincent which was a massive TV hit back in the 80s, and now THE WINDS OF WAR will be turned into a television series again by Seth MacFarlane at NBC Universal, according to The Hollywood Reporter. The Pulitzer Prize winning World War II epic novel by Herman Wouk, published back in 1971, tells the epic story of one American family’s turbulent voyage across the continents and across the years that spanned throughout the global war. The novel also got a sequel titled War and Remembrance later that same decade. The original TV series had more than ten Emmy nominations at the beginning of the 80s.


'THE BEAUTY QUEEN OF JERUSALEM' BESTSELLER
TO BECOME ISRAEL'S MOST EXPENSIVE SERIES EVER
Speaking of adaptations, Deadline reports that Israeli Yes TV has ordered two seasons of new series THE BEAUTY QUEEN OF JERUSALEM based on the novel by Sarit Yishai Levy, which was a huge bestseller. Planned as one of the most expensive TV series in Israel the multi generational historical melodrama will be shot in Hebrew, English, Ladino and Arabic. Posed to air as soon as next year, the ambitious series will chart the passionate and tragic history of a family living through the Ottoman Empire, The British Mandate and Israel’s War of Independence. Beside Michael Aloni, Hila Saada, Itzik Cohen and Yuval Scharf, the cast will
also have a newcomer actress Swell Ariel Or who will play the title role of Luna Armoza, the beauty queen of Jerusalem.


'MEXICAN GOTHIC'
TV ADAPTATION AT HULU
Hulu is, meanwhile, developing a mini TV series together with Kelly Ripa and Mark Consuelos as producers, of MEXICAN GOTHIC fantasy horror book by Silvia Moreno Garcia which was published in June. The story follows Noemí Taboada, a young socialite who travels to the Mexican countryside and the mountains of Hidalgo in hopes of rescuing her cousin, who has recently married into a reclusive mining family, after receiving a frantic letter in the mail. Noemí seeks to unveil the family’s violent and menacing secrets, but her confidence is quickly threatened and there may be no escaping the walls of her strange, new home. 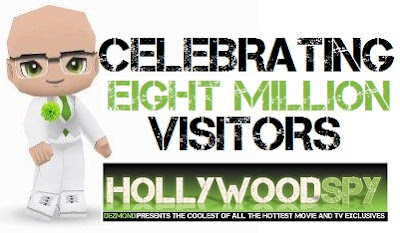