'KNIGHTFALL' EPIC SERIES
FIRST TEASER REVEALED!
Although the airing time ain't any time soon (June, 2019) History has revealed the first teaser for the second season of their KNIGHTFALL epic
series showing us Tom Cullen as Landry, the leader of the Templars, and Mark Hamill as a battle hardened Knight Templar veteran of the Crusades
who survived a decade of captivity in the Holy Land and is tasked with training the new initiates to the Order. He probably won't agree morally with
Landry who impregnated the French queen, even though she was the wife of his best friend the king (Ed Stoppard), and then watched her getting killed
by her husband for her treachery and adultery. The sword in the teaser obviously announces a divide within the order.


THE SECOND SEASON WILL
explore this dark time in history from the Templar perspective, embracing an authentically grittier, darker, and more brutal Medieval period than has ever 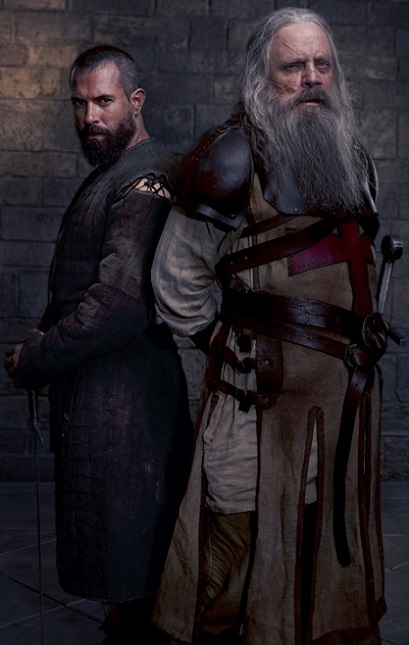 been seen before. Tom Forbes joins the cast as Prince Louis of France, Clementine Nicholson as his wife Princess of Burgundy, Genevieve Gaunt is his sister princess Isabella of France.