COMEDY TUESDAY: 'MAD ABOUT YOU' COULD RETURN AS WELL? 'ROSEANNE' RETURN PHOTOS AND NEW CLIPS! 'DISJOINTED' SEASON 1B TRAILER IS HERE WITH KATHY BATES! 'LIIVNG BIBLICALLY' ON CBS

MULTICAM SITCOM NEWS
'MAD ABOUT YOU' TO RETURN?
With the news that Mad About You classic sitcom might be renewed as well with the couple now living through their grown up daughter preparing for college (apparently both Paul Reiser and Helen Hunt are up for it), new 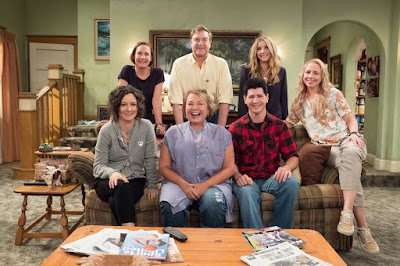 photos and clips have been released for already ordered and produced return of ROSEANNE which is back March 27th on ABC!


ROSEANNE IS ALREADY BACK!
Featuring the complete original cast including Roseanne Barr and John Goodman, it will explore life, death and everything in between through the
relatable, hilarious and brutally honest lens of the Conner household. With the inimitable Roseanne at its epicenter, fresh stories will tackle today’s issues and bring even more laughs with America’s favorite working-class family.


NETFLIX'S 'DISJOINTED'
RAISE YOUR JOINTS!
Meanwhile, Netflix has released a hilarious trailer for Season 1B of their DISJOINTED sitcom, with Kathy Bates as the owner of a marijuana 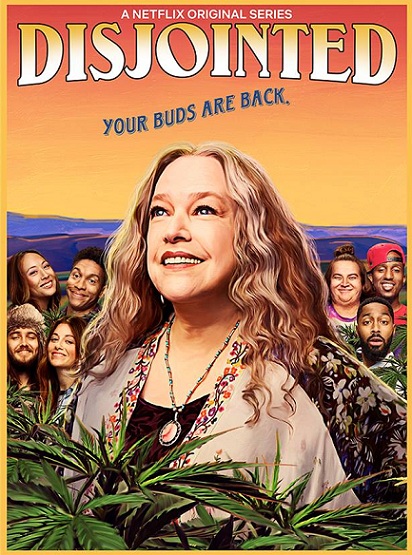 dispensary, which returns January 12th! In part 2, Ruth and her team, which includes three budtenders, her 20 something son and deeply troubled security 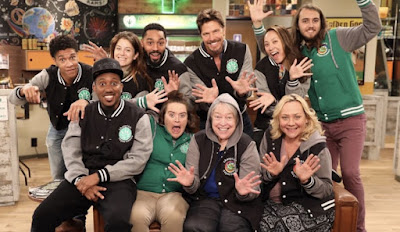 guard, are back in business and celebrating this new chapter in their lives after DEA shut them down in the last episode!


'LIVING BIBLICALLY'
STARTS FEBRUARY AT CBS
Over at CBS, they've announced the start of their new multicam sitcom LIVING BIBLICALLY for Monday February 26! Jay R. Ferguson plays  a modern day man at a crossroads in his life who decides to live strictly in 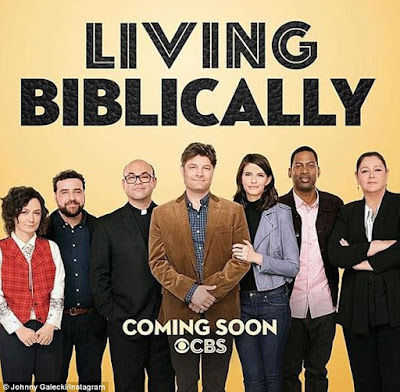 accordance with the Bible. He's the film critic for a New York newspaper and a soon-to-be father who wants to be a better man following the loss of his best friend. As he begins his sincere spiritual journey toward a more moral life with 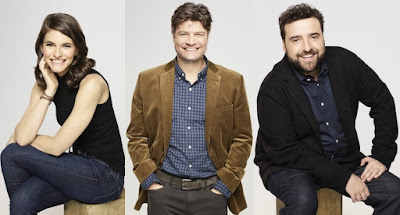 the help of his wife and friends, he wonders if he’ll be able to take a page – or every page – out of the Good Book, and if the effect will be of Biblical proportions.