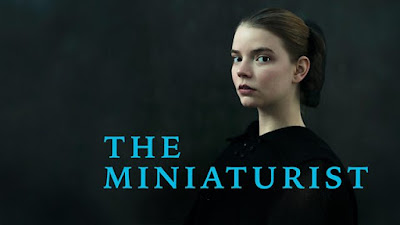 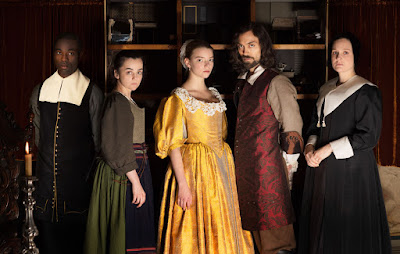 THE MINIATURIST which will air next Tuesday and Wednesday, December 26th and 27th in UK in their holiday programme. You can also check out two clips below!

WHAT DID THE SPY THINK? 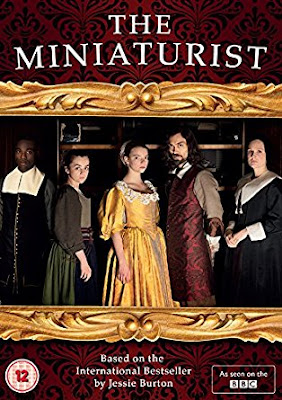 An exquisitely beautiful, visually breathtaking mini series, from the sets and lighting to the beautiful palette of colours and costumes. The series achieves mesmerizing atmosphere which is at the same time both suspenseful and tranquil making it a most unique mix. Wonderfully acted with an outstanding performance from Romola Garai and enchantingly lovely debut of Anya Taylor Joy, plus an intriguing story told with lots of style and elegance.

BASED ON JESSIE BURTON BOOK
Set in 1686, it follows 18 year old Nella Oortman (Anya Taylor Joy) who knocks at the door of a grand house in the wealthiest quarter of Amsterdam.
Full of hopes and dreams, she has come from the country to begin a new life as the wife of wealthy merchant, Johannes (Alex Hassell) Brandt. But instead
of Johannes, she’s met by his cold sister Marin (Romola Garai) and quickly realises that nothing is as it seems in the Brandt household. When Johannes
finally appears he presents her with an extraordinary wedding gift: a doll’s house replica of their home. It is to be furnished by an elusive miniaturist,
whose tiny creations mirror what is happening within the house in unexpected ways and seem to be predicting and unravelling the future with unsettling accuracy. You can also check out the two, rather cheap looking, clips from the mini series below.