'LITTLE JULES VERNE'
NEW ANIMATED ADVENTURE!
News from the 19th century today, starting with Oscar winner Michel Hazanavicius (The Artist) who will adapt the script for LITTLE JULES VERNE animated movie which will describe the young Verne’s life and
inspirations in 19th century Europe. Legendary French writer was the king of adventure novels such as 20,000 Leagues Under the Sea, Around the World in Eighty Days and Journey to the Centre of the Earth! 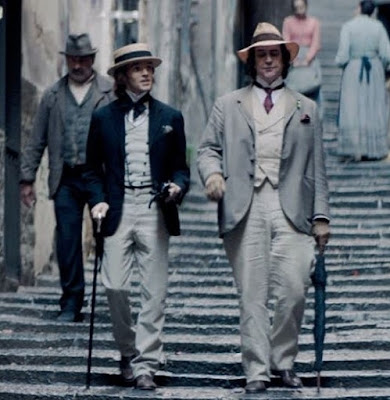 HAPPY PRINCE IS THE UNTOLD
story of the last days in the tragic times of Oscar Wilde. This great mean of letters, once one of the most famous authors in England, is now a superstar on the skids. We are taken through his last nocturnal ramble through Paris.
Totally inebriated Oscar falls off a table at a Varieté. In bed, dying, the past floods back. Friends appear. The room expands and shrinks inside his addled head, transporting him to other times and places. We immerge into the great
love stories of Oscar Wilde, notably his relationship to Lord Alfred Douglas, which observed under the microscope of death is revealed for what it really is - a passionate affair based on snobbery. And yet, through the smoky fumes of
absinthe and cigars, appears a twinkle of love: Robbie. Sternly devoted to Oscar like no other friend ever has before, true and faithful. Oscar's visions intensify. Past scenes of passion, injured pride, ignorance and humiliation are reviewed in his minds eye.
Posted by DEZMOND at 1:30 PM