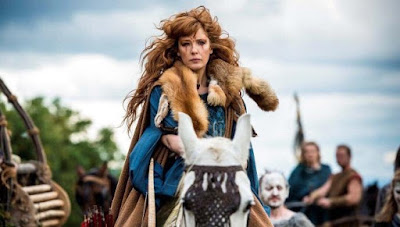 AMAZON'S 2018 EPIC DELIGHTS
PICNIC AT HANGING ROCK!
This 6 episode series will air on Foxtel in Australia and then on Amazon. Starring Natalie Dormer PICNIC AT HANGING ROCK  will plunge viewers into the mysterious disappearances of three schoolgirls and one
teacher on Valentine’s Day 1900, taking the audience on a new journey into the revered Australian novel from Joan Lindsay. 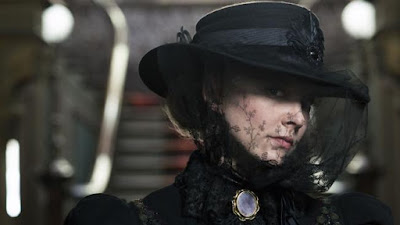 NEW 'VANITY FAIR'!
The 7 part adaptation of Thackeray’s classic is set against the backdrop of the Napoleonic Wars, and follows modern heroine Becky Sharp (Olivia Cooke) as she attempts to claw her way out of poverty and scale the heights of English
Society. Her story of takes her all the way to the court of King George IV, via the Battle of Waterloo, breaking hearts and losing fortunes as she goes. VANITY FAIR also stars Tom Bateman and Charlie Rowe!


STAR STUDDED 'KING LEAR'
Set in the fictional present, with Anthony Hopkins as the king, presiding over a totalitarian military dictatorship in England KING LEAR will first air on BBC 2 and then on Amazon. Emma Thompson is his eldest daughter Goneril, Emily Watson middle daughter Regan, Florence Pugh Cordelia, the youngest one. Jim Broadbent is the Earl of Gloucester, Andrew Scott his loyal son Edgar and John Macmillan his bastard son Edmund. Jim Carter, Christopher Eccleston, Tobias Menzies also star! It will be a one hour TV film.


BRAVE CELTIC BRITANNIA
Starring Kelly Reilly and David Morrissey, this ten part saga will start airing January 18th on Sky in the United Kingdom and on Amazon around the world. BRITANNIA is set in 43 AD as the Roman Imperial Army, determined and terrified in equal measure, returns to crush the Celtic heart of Britannia, a mysterious land ruled by wild warrior
women and powerful Druids who can channel the powerful forces of the underworld. Zoe Wanamaker and Steven Weber also star in the epic adventure series.