TUDORS AND TARA NOMINATED FOR THE EMMIES. 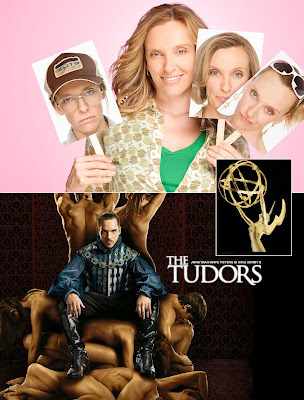 The EMMY nominations are in, and two of my favourite shows this year have both scored four of them. THE TUDORS are nominated for costumes, the cast, cinematography and hairstyling. As expected THE UNITED STATES OF TARA has also got into the race for the golden statue for the best televison programmes. It's is nominated for best comedy actress (Toni Collette), the cast, main tittle design and main music theme.
Posted by DEZMOND at 9:59 PM