SAS ROGUE HEROES
ARRIVES TONIGHT TO BBC
Officially the last series of October, together with Marie Antoinette which starts tomorrow in France,  is period set series SAS ROGUE HEROES coming from Steven Knight. The six-part series, which starts tonight on BBC One and will later on air on Epix in USA as well, stars Connor Swindells, Jack O'Connell, Alfie Allen, Sofia Boutella, and Dominic West, in a dramatised account of how the SAS was formed under extraordinary circumstances in the darkest days of World War Two. Cairo, 1941. David Stirling (Swindells), an eccentric young officer, hospitalised after a training exercise went wrong, is bored. Convinced that traditional commando units don’t work, he creates a radical plan that flies in the face of all accepted rules of modern warfare. He fights for permission to recruit the toughest, boldest and brightest soldiers for a small undercover unit 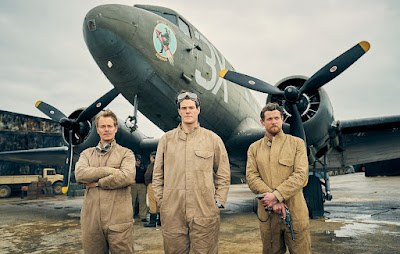 that will create mayhem behind enemy lines. More rebels than soldiers, Stirling’s team are every bit as complicated, flawed and reckless as they are astonishingly brave and heroic. On Epix it starts November 13th, on Canal Plus in France December 1st.
MEET DAVID STIRLING
Connor Swindells is David Stirling in the series,  the real-life founder of the SAS, who when we first meet him in the series is an eccentric young officer 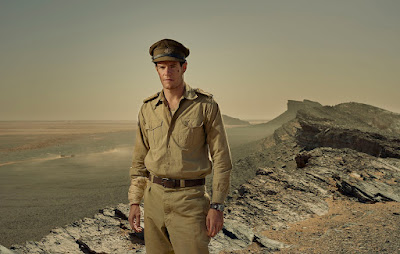 serving with 8 Commando. He is frustrated with the military authorities and their handling of strategy. This is Connor's first series lead.
MEET PADDY MAYNE
Jack O'Connell is Paddy Mayne in the series, he was a real-life British army officer and a founding member of the SAS. He is portrayed in the series as

something of a live-wire, who is won round by Stirling. O'Connell led The North Water series last year.
MEET JOCK LEWES
Alfie Allen plays Jock Lewes in the new series. Lewes was the real-life founding principal training officer of the SAS, who at the start of the series 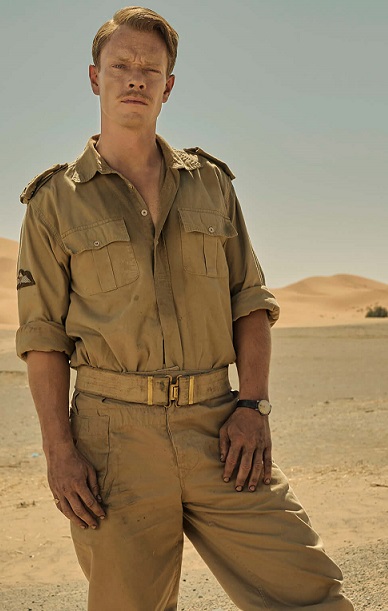 shares with Stirling his idea of parachuting units of men into the desert to attack by surprise! Alfie starred in Game of Thrones.
MEET MIKE SADLER
Tom Glynn Carney, who currently can be seen in House of the Dragon as Prince Aegon Targaryen, portrays Mike Sadler in the new series based on a 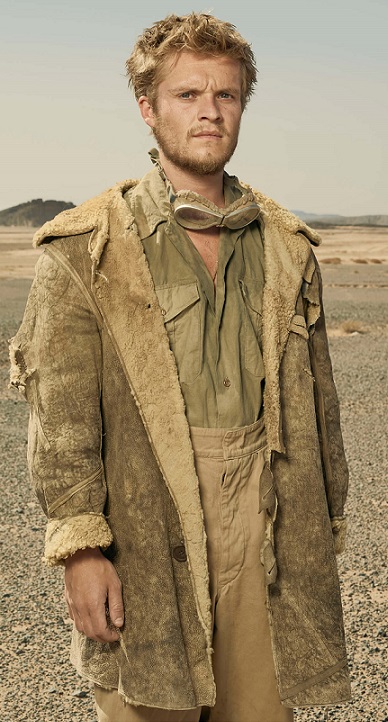 book by Ben Macintyre and will air till a week before Christmas. He was also a real-life figure and one of the first officers to join the SAS.
MEET BILL FRASER
Stunningly handsome blond hunk Stuart Campbell  will portray Bill Fraser in the new series which was shot during the hellish summer heat of over 50*C 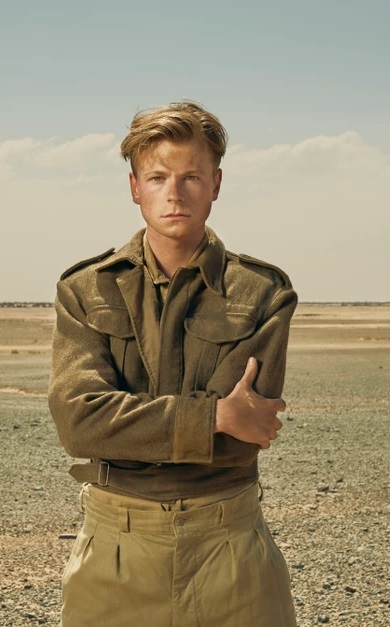 down in Morocco where the crew experienced the same climate as the real SAS soldiers!  Bill was a real-life member of the SAS in the Second World War.
MEET EOIN MCGONIGAL
Dashing Donal Finn, who previously had small roles in other epic shows such as The Wheel of Time and The Witcher, will portray Eoin McGonigal in 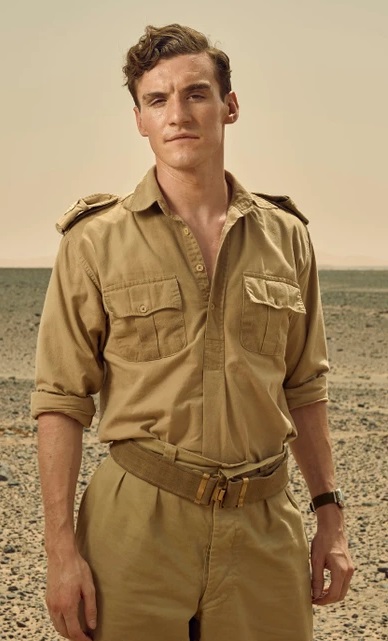 this new series from BBC and Epix. Like the others, Eoin McGonigal was also a real-life member of the SAS in World War II.
Posted by DEZMOND at 5:45 PM