SAS: ROGUE HEROES
BBC'S EPIC NEW TV SERIES
Written by Steven Knight, it will be a massive epic war saga about the brave soldiers, founders of Britain's Special Air Service. Jack O'Connell is set to lead the cast as Paddy Mayne, who had many heroic deeds on the battle field. SAS: ROGUE HEROES will follow the band of brothers who were turned into an elite commando unit that unleashed havoc on the enemy. They 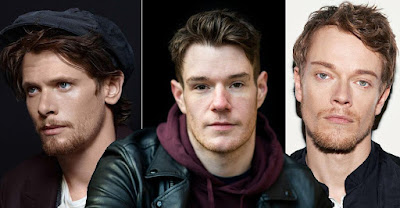 operated behind German lines, sabotaging ships, planes, tanks and fuel depots. In one raid, Mayne was credited with destroying 47 aircraft. According to Daily Mail, the cast will also include Alfie Allen, Connor Swindells and Jacob McCarthy. The six episode series which starts production next month is based on a Ben Macintyre book.
SHADOW AND BONE TRAILER
FINALLY RELEASED BY NETFLIX
Netflix has finally released a trailer for their new epic fantasy series SHADOW AND BONE based on the books by Leigh Bardugo. Slated for April 23rd streaming date,  it takes place in a war torn world where lowly soldier and orphan Alina Starkov (Jessie Mei Li's lack of charisma is painfully visible in the trailer) has just unleashed an extraordinary power that could be the key to setting her country free. With the monstrous threat of the Shadow Fold looming, Alina is torn from everything she knows to train as part of an elite army of magical soldiers known as Grisha. But as she struggles to hone her power, she finds that allies and enemies can be one and the same and that nothing in this lavish world is what it seems. There are dangerous forces at play, including a crew of charismatic criminals, and it will take more than magic to survive. Ben Barnes is general Kirigan. The rest of cast is made of equally inexpressive unknowns.
Posted by DEZMOND at 1:00 PM