GARDEN OF EVENING MISTS
DRAMA MOVIE BASED ON MAN'S PRIZE WINNING NOVEL
I've been announcing this moving period set drama for quite some time now and today we finally have posters and a trailer for THE GARDEN OF EVENING MISTS which opened in Malaysian cinemas earlier this month starring one of Asia's biggest hunks Hiroshi Abe next to John Hannah, Julian Sands, David Oakes, Angelica Lee and Sylvia Chang. The movie, directed by Tom Lin, is based on a book by Twan Eng Tan. Check out the beautiful trailer below and tell us what you think. 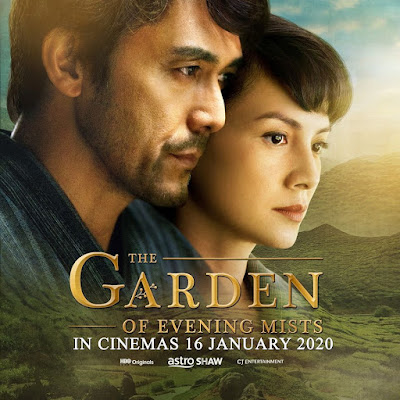 What Is The Story About?
A survivor of a brutal Japanese internment camp, Teoh Yun Ling has been working with the Malaysian authorities punish the Japanese war criminals for several years. She despises the Japanese for killing her younger
sister, but to pay tribute to her soul she travels to the highlands to visit the renowned gardener Nakamura Aritomo. Aritomo refuses to work for Yun Ling but instead takes her in as an apprentice so that she can build her own garden.
Residing in the tea room, Yun Ling begins working at The Garden of Evening Mists and learns to design a garden. Yet outside of the Malaysian jungle, another war is waging in Malaysia in a continued state of emergency. Malay
nationalists are fighting the British for independence, while communist guerillas are brutally killing farmers, miners, and their families in every way they can to gain control over the regions.